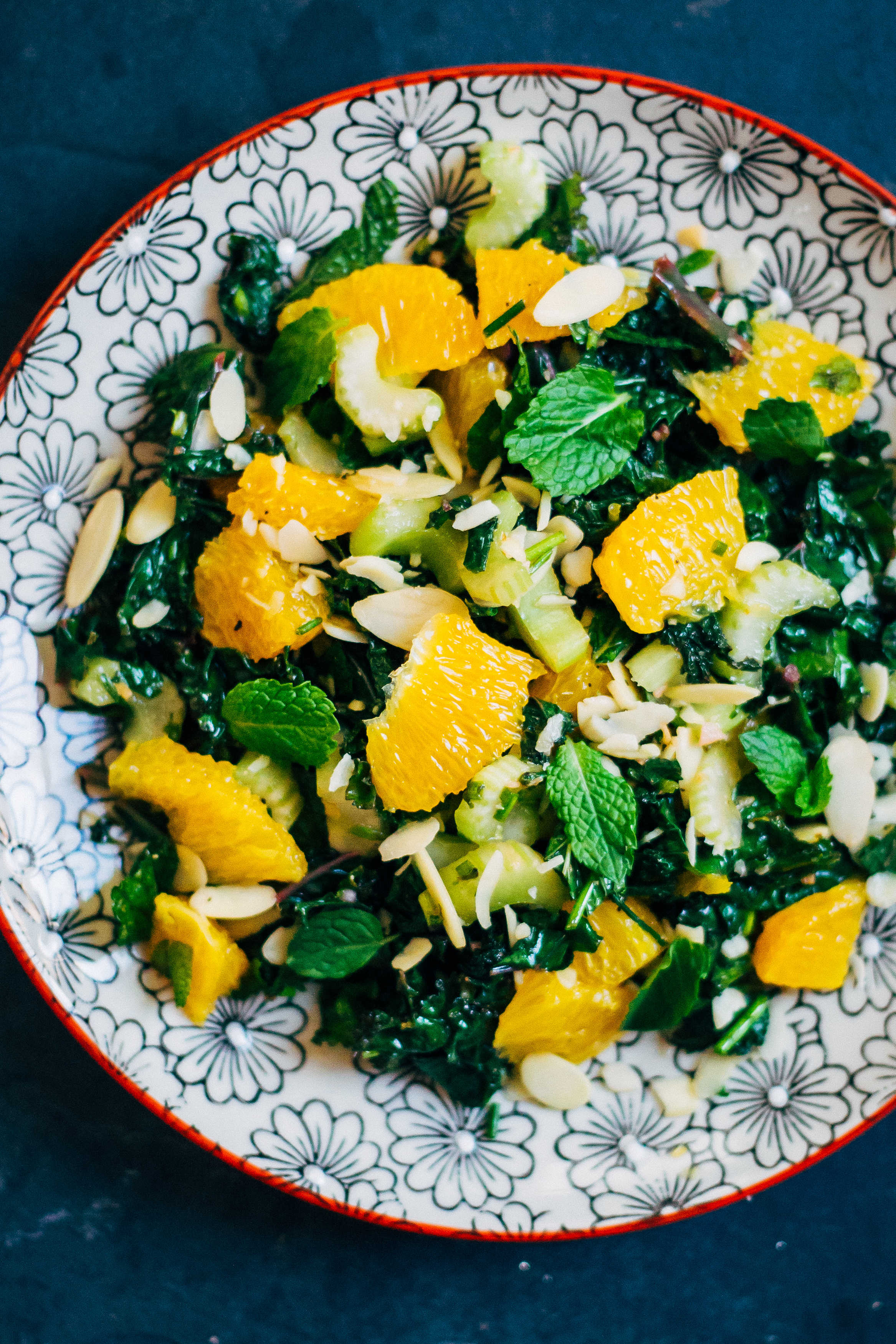 So I have this idea – let’s start a support group for people who can’t stop collecting cookbooks. We can all join and try to help each other through our obsession, but we’ll all just end up swapping cookbooks and recipes anyways. Deal?

In today’s post I’ll be talking about Near and Far, a beautifully written and photographed cookbook by Heidi Swanson of 101 Cookbooks. Having followed Heidi’s blog for some time now, I was so incredibly excited to get her book and see what sort of recipes she featured. While Heidi isn’t entirely a plant-based cook, all of her recipes include natural, whole-food ingredients and are always vegetarian. As hinted in the title, her style of food in inspired by the places she’s traveled, both near and far from home. This is exactly the type of cooking I’ve been into lately – getting a little out of my comfort zone, and experimenting with new cuisines and cultures.

I was so excited for the book to come in the mail that as I was waiting, I hungrily searched for other reviews online (to get a sneak peek). Mostly the reviews were positive, but there were a few complaints about difficulty sourcing ingredients, and some “impracticality” of the recipes themselves. And while I definitely understand that perspective, I don’t necessarily agree.

Here’s my deal – if I bought cookbooks with ingredients I’ve seen before and techniques I’ve already used, I’ll never grow as a cook; I’ll never learn about other cultures. And what makes Heidi different as a cookbook author is that she’s not afraid to use the real, authentic ingredients indigenous to the culture from which the recipe was inspired. And while finding umeboshi plum vinegar might require a bit more effort than a trip to your local market, I for one am more than up to the challenge. I love seeking out new ingredients and foods and flavors. It is, quite literally, the spice of life!

So when I opened up my copy of Near and Far, I was thrilled to see things like Beghrir (Moroccan semolina panckes), Nori Granola, and Rasam (a South Indian Soup) – containing ingredients and combinations I had never used before. The recipe I chose to feature is one I would have scoffed at when I was much younger…. Fruit in a salad? Garlic AND mint?? Once these flavor combinations seemed so foreign to me. I chuckled a bit reading this recipe, imagining my reaction to seeing this recipe as an 8-year-old. Fortunately, since then my mind has opened and my palate expanded.

Now I’d probably call myself a flavor junkie. I’m always looking for new and exciting tastes, and I think this salad really delivers on that. The recipe calls for cara cara oranges (my favorite), which are pink and slightly sweeter than navels but just a little tangy. However, they won’t be in season until the winter, so I subbed regular navel oranges. Paired with luscious greens sautéed in toasted garlic, zingy mint, and a mouthwatering honey-lime vinaigrette – this salad is a definite palate pleaser. 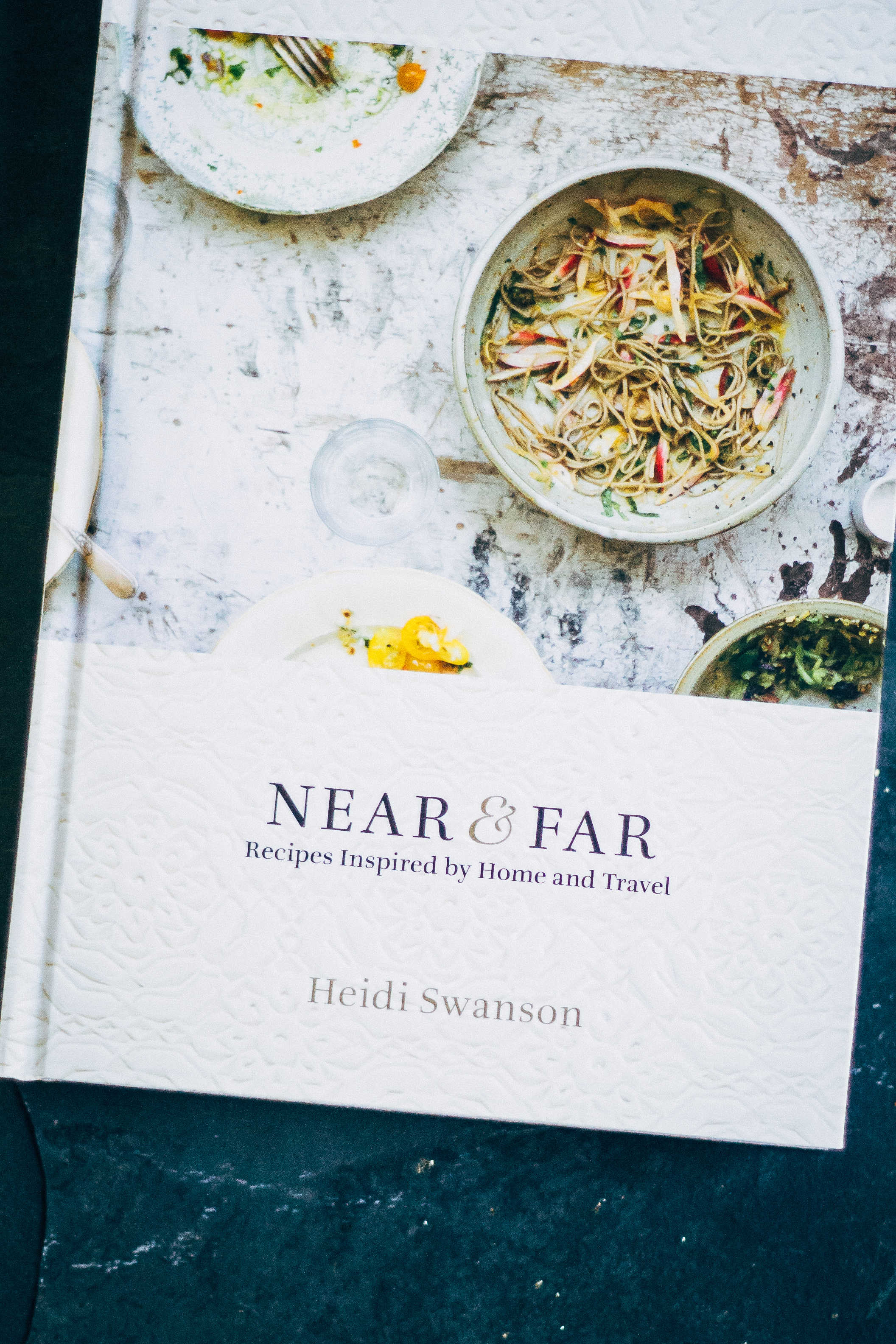 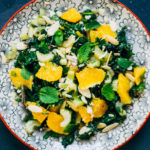 Sub agave nectar or maple syrup for honey if desired. 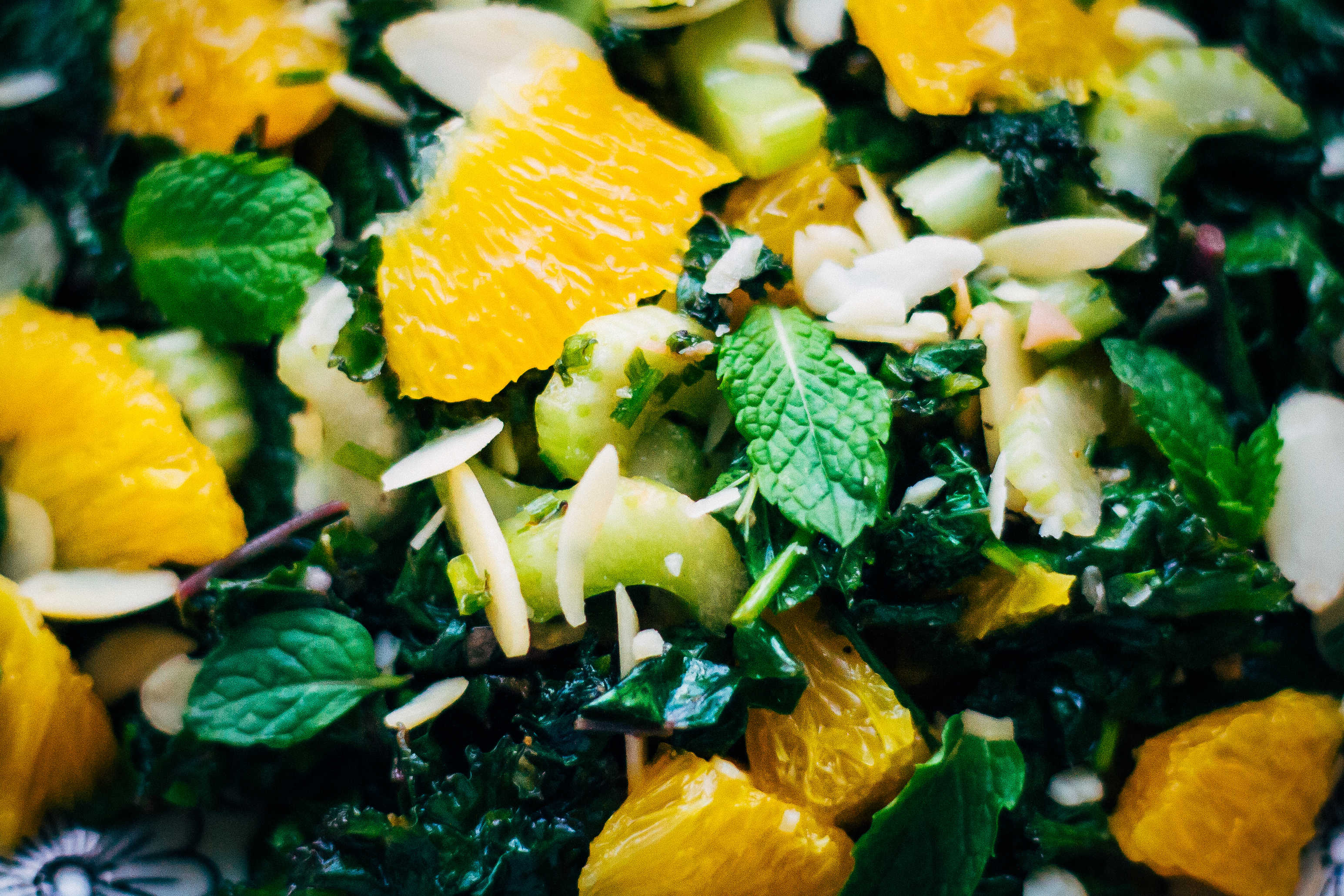 Get your copy of Near and Far on Amazon!

I received this book from Blogging for Books to review! All thoughts and opinions remain my own.