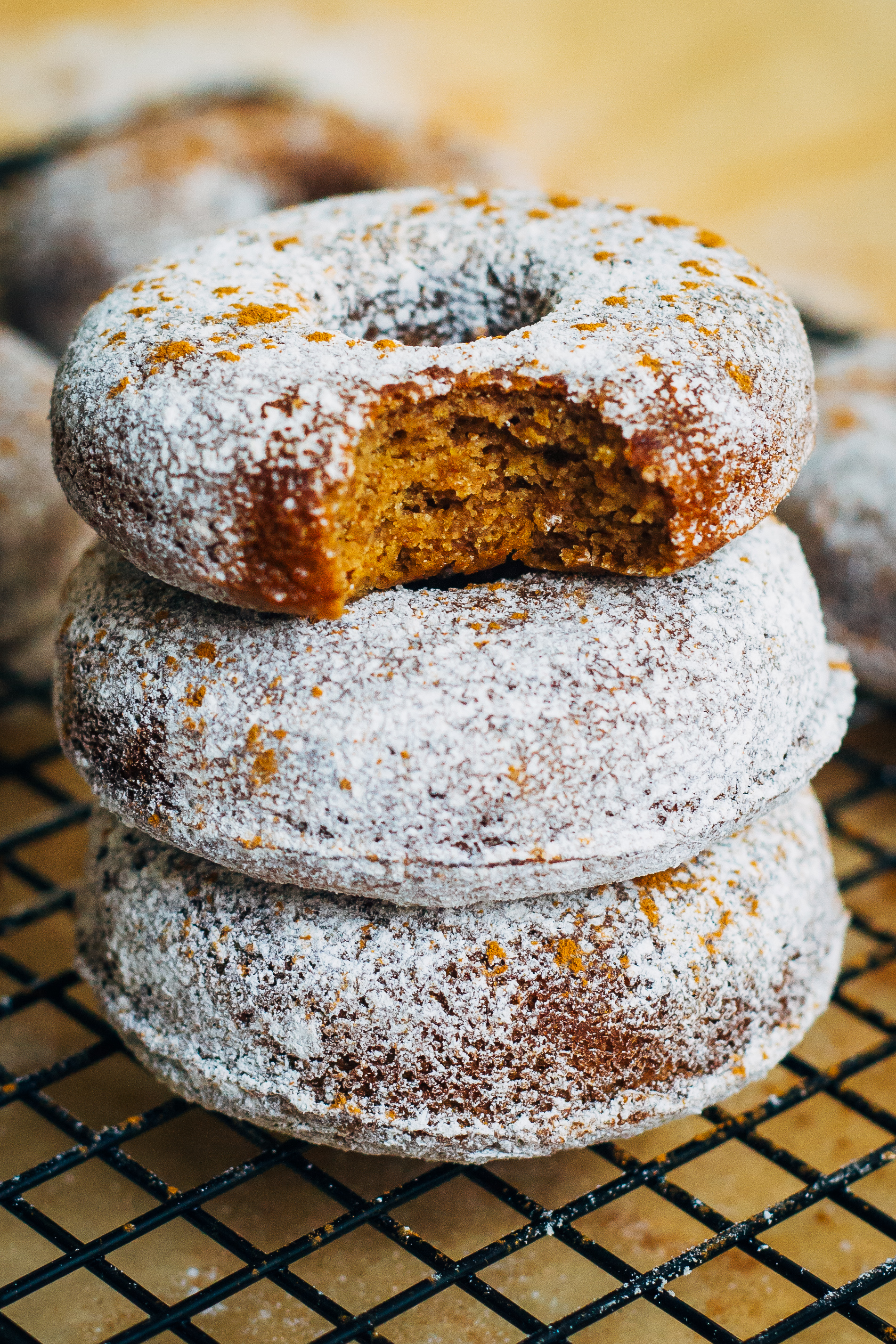 One morning the other day, as I sat down at my desk at work, I was just HIT by the most intense craving for apple cider donuts. It may have been because the air was deliciously cool and crisp as I walked to my building, hinting at the first signs of autumn. Be that as it may, sweet cravings are usually unexpected for me, because I’m not the biggest fan of sweets. I know, I know, I’m crazy. But get this – for my birthday growing up, I’d always ask my parents to get me one of those huge tubs of cheese balls – you know, the synthetic orange kind – which I would then hoard away and eat on the sly. In fact, I remember vividly this one time my mom caught me hiding behind the couch, shoveling cheese balls into my face, fingers sticky with orange powder.

Every year for my birthday party, my mom would always bake a cake, but I never had any. I just blew out the candles and let my friends eat it. And it’s weird, because my parents both like sweets, especially my mom. This was further proof, they insisted, that I was sent by aliens. (Ha. Ha.)

A part of me likes to think that my love of all things salty comes from my grandmother (who died of breast cancer when I was nine). My mom always said she salted and oversalted her food -which may not have been the healthiest thing to do, but was a distinct quirk that stood out to my mother.

My grandmother was such a special lady. Think of the kindest, most loving, and most thoughtful person ever, and then multiply them times fifty. That was my grandma. I could write for hours about the infinitely thoughtful things she did for me, my sister, and my cousins. Something that really stands out in my memories are the times I’d stay over at my grandparents’ house for the weekend. My grandpa would always fall asleep on the couch with the TV blaring, without fail, and would sleep there the whole night, snoring loudly. As a child I was always an early bird, but no matter how early in the morning I would awaken, my grandma would always be up before me. I’d go out of my little bedroom and find my grandma in the kitchen in her pastel-striped night robe. For breakfast, I was allowed to have a bottle of Sprite, Lucky Charms (just the marshmallows, of course), and a few clementines. It felt wickedly wonderful having such a sugary breakfast, knowing that my mom would keel over if she knew what I was eating!! Nothing like having breakfast at grandma’s.

That morning the other day when I really wanted an apple cider donut, I thought of my grandma again. Every fall, she and my grandpa would take me to the apple orchard + pumpkin patch. Grandma would always get me some apple cider donuts, which I would snack on with reckless abandon. Everything always tasted better when it came from grandma.

I miss her so much. When I was with my grandma, it felt like magic was alive in the world, and that happiness was not only attainable but a natural state of being. Her being gone is even harder on my own mother, who I know thinks about her every day. My mom and grandma used to call each other on the phone every day, just to say hi. But it makes me happy to think that my mom and I talk every day now, too, and that we’re never too far away from each other. And although my grandma has joined the angels, I know her spirit stays alive in our hearts and through the memories we treasure – and that we will be reunited in infinite joy, one day, through Him.

This recipe is for you, Grandma. I know if you were here you’d be so proud of me. I love you, always. 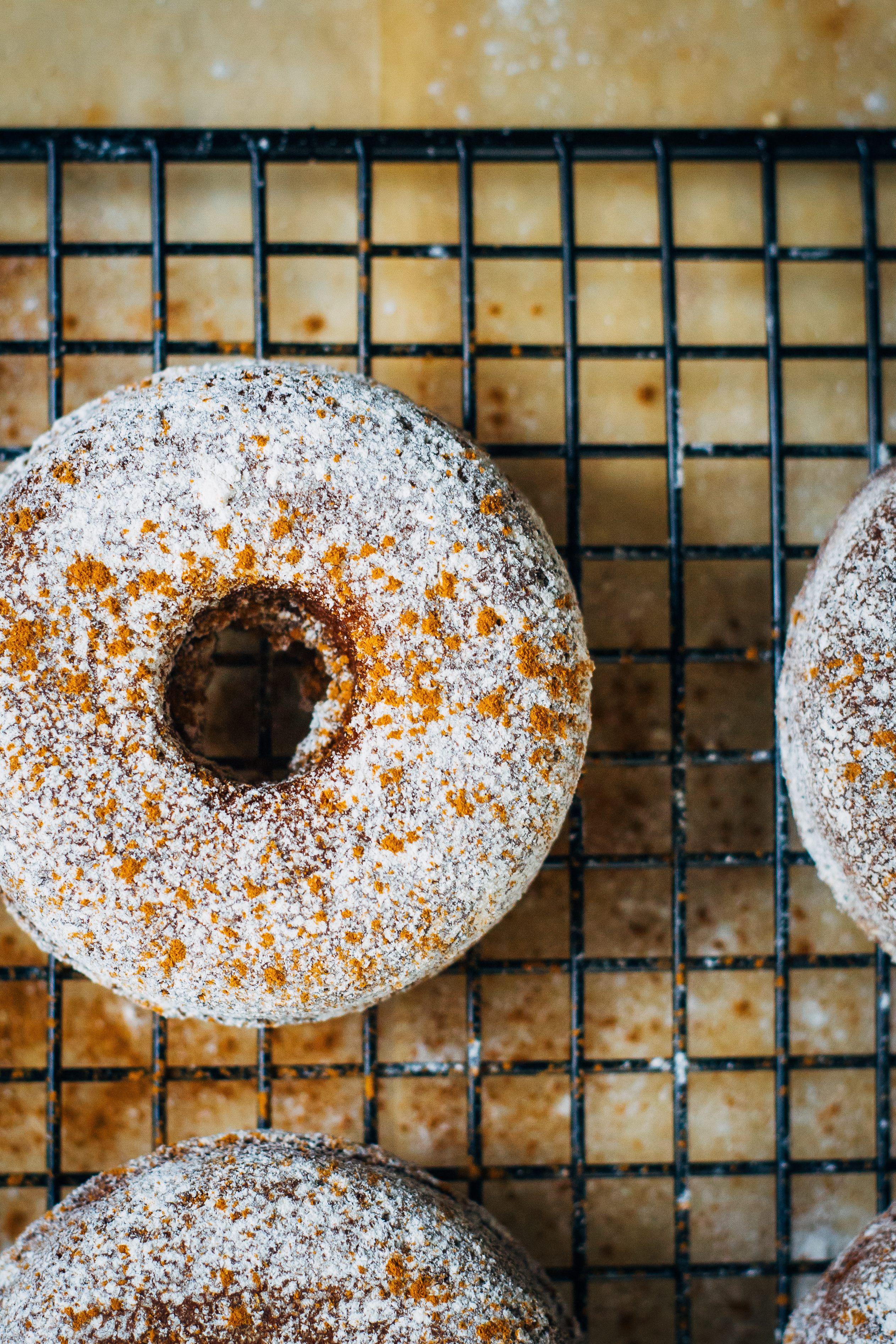 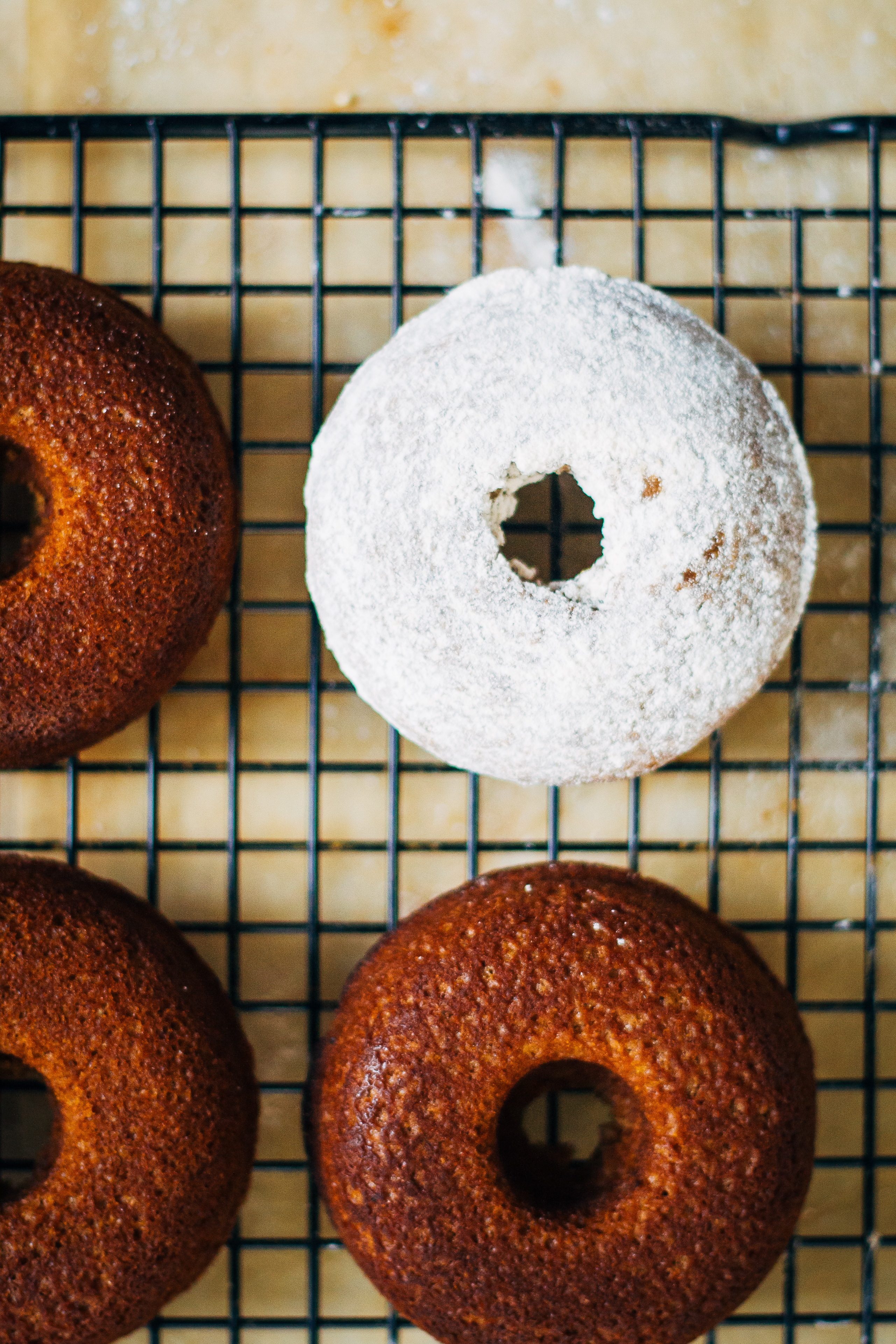