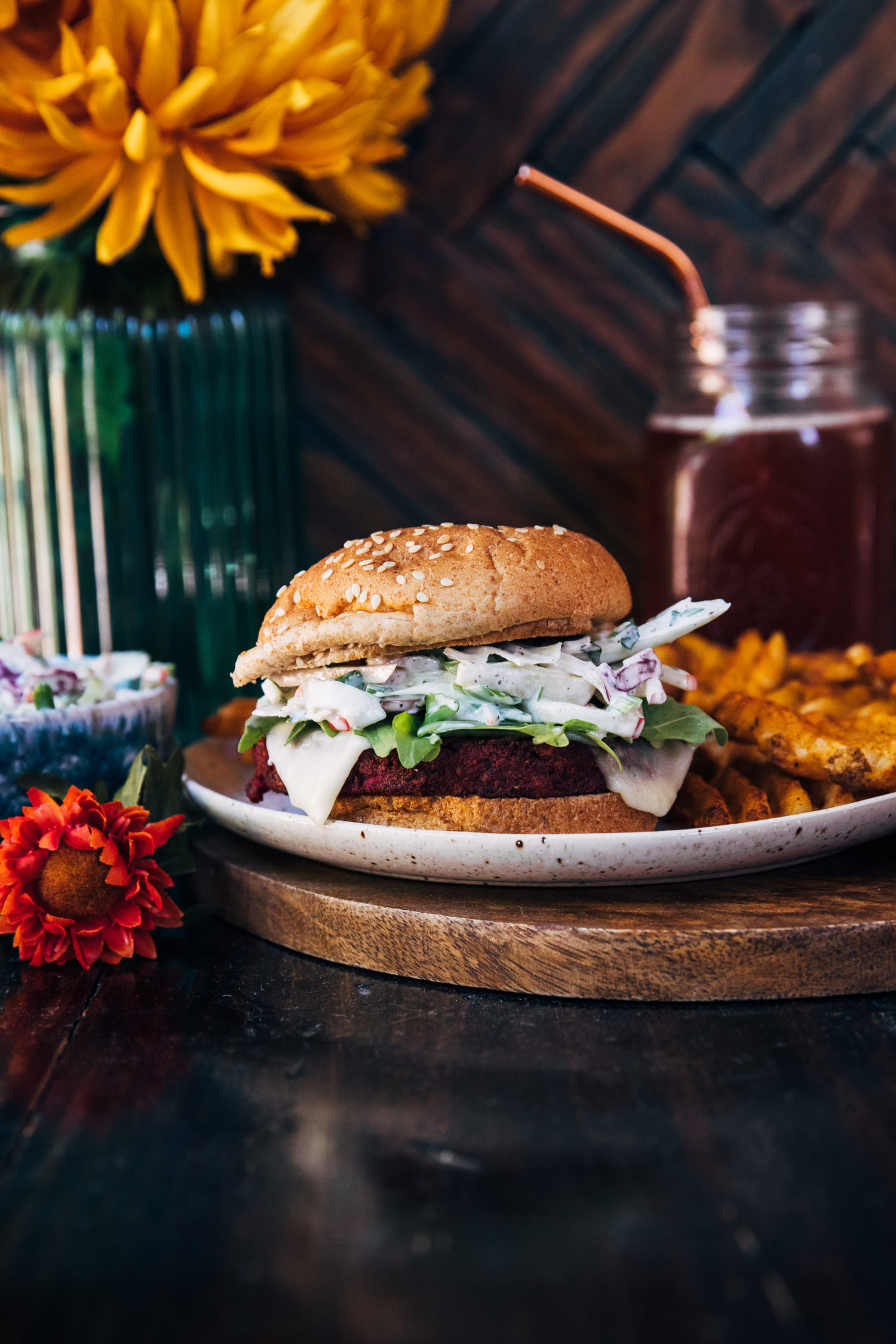 This post was sponsored by Dr. Praeger’s, a brand I love and use in my own kitchen! All opinions are my own.

Every once in a while, I get hit with a huge craving for veggie burgers! I was never someone who ate a ton of meat growing up, so I guess I have always been a bit of a veggie burger connoisseur ;) Dr. Praeger’s is definitely one of my go-to’s. Lately I have been OBSESSED with Dr. Praeger’s Sweet Heat Beet Veggie Burgers, which are just a little bit spicy but offset by the hearty, earthy beets. These burgers also have six different veggies in them! Such a win!! They go perfectly with the crunchy, tangy apple slaw in this recipe. So much yum in every bite!

I was really inspired to make these Autumn Veggie Burgers because my fiancé and I are always looking for delicious foods to eat for football games. On Sundays we do any errands we need to get done in the morning, then we settle in for the afternoon football games. I must say, I never watched sports growing up (unless it was figure skating). For a total sports newbie, watching a football game without having someone explain it to you can be very tedious! Luckily, my fiancé played football in college, so he knows the details behind every play. Sometimes things happen so quickly on the field that I say to him, “Wait, what just happened?!” Luckily he always knows the answer!

Some other snacks my fiancé and I like to eat while watching football include my buffalo hummus recipe, or sometimes these pumpkin nachos. Always with a side of pumpkin IPA (for my fiancé) and hard cider (for me)! 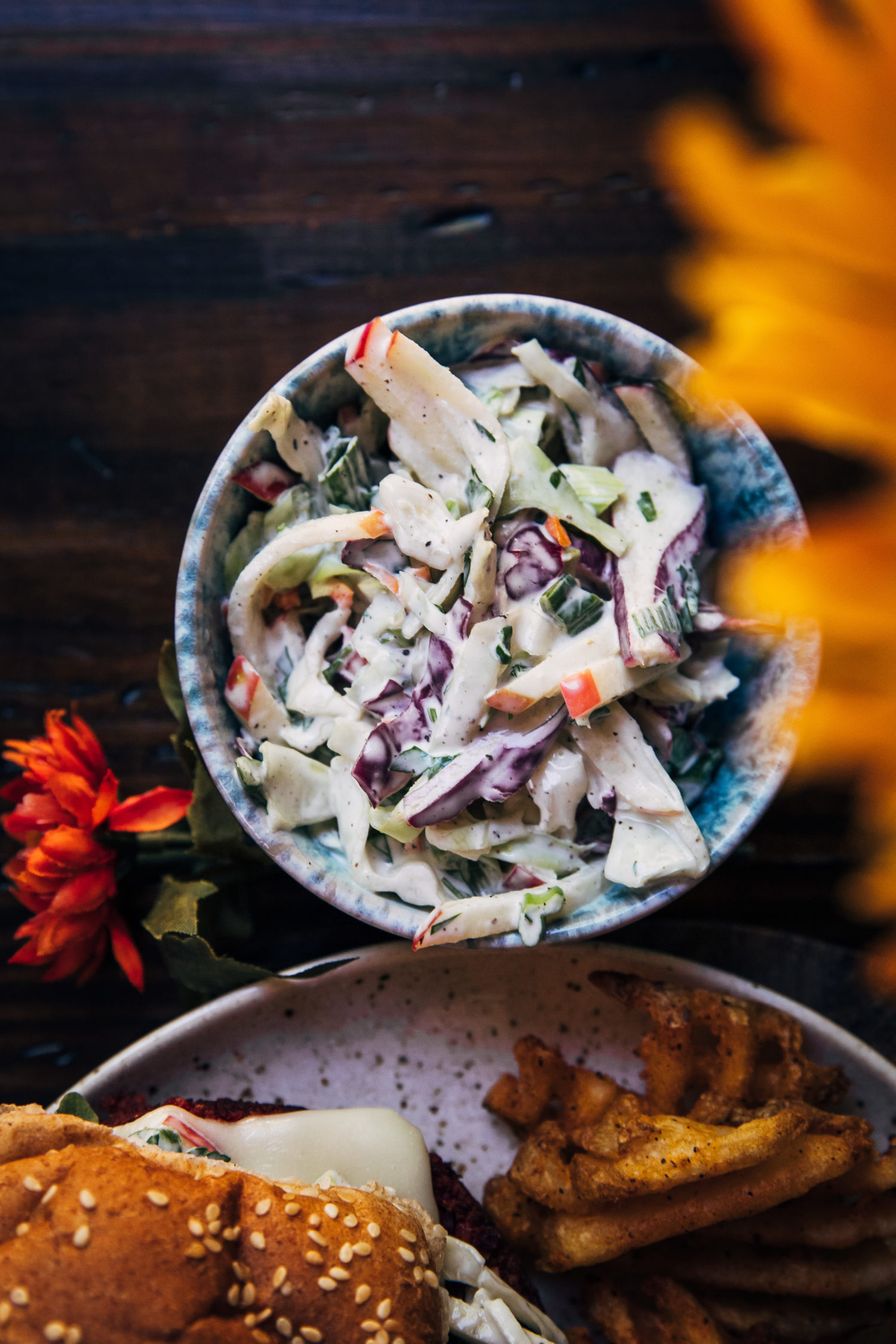 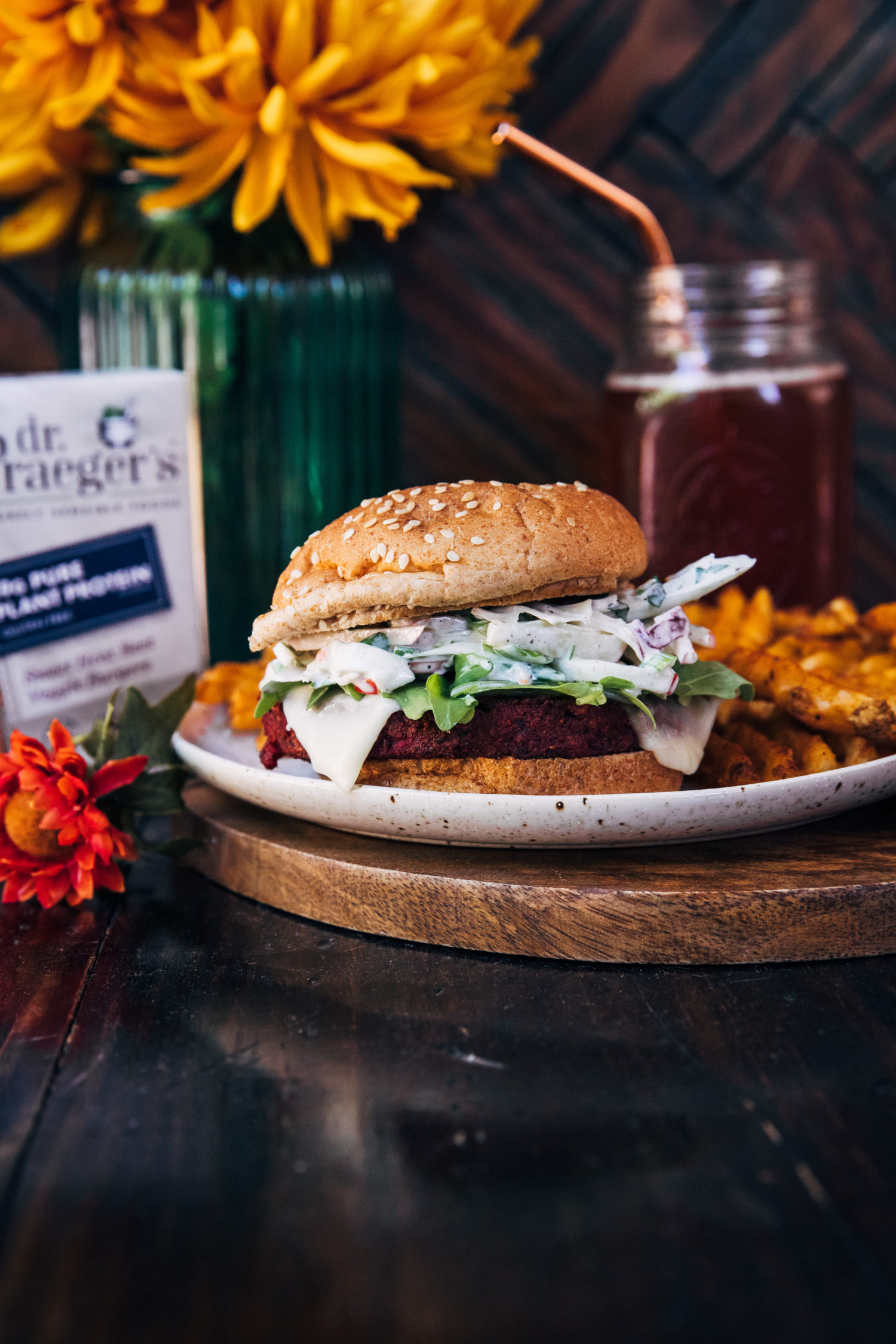 If you make these Autumn Veggie Burgers and post it on Instagram, be sure to tag me @wellandfull and #wellandfull so I can see! I love seeing your takes on my recipes :)