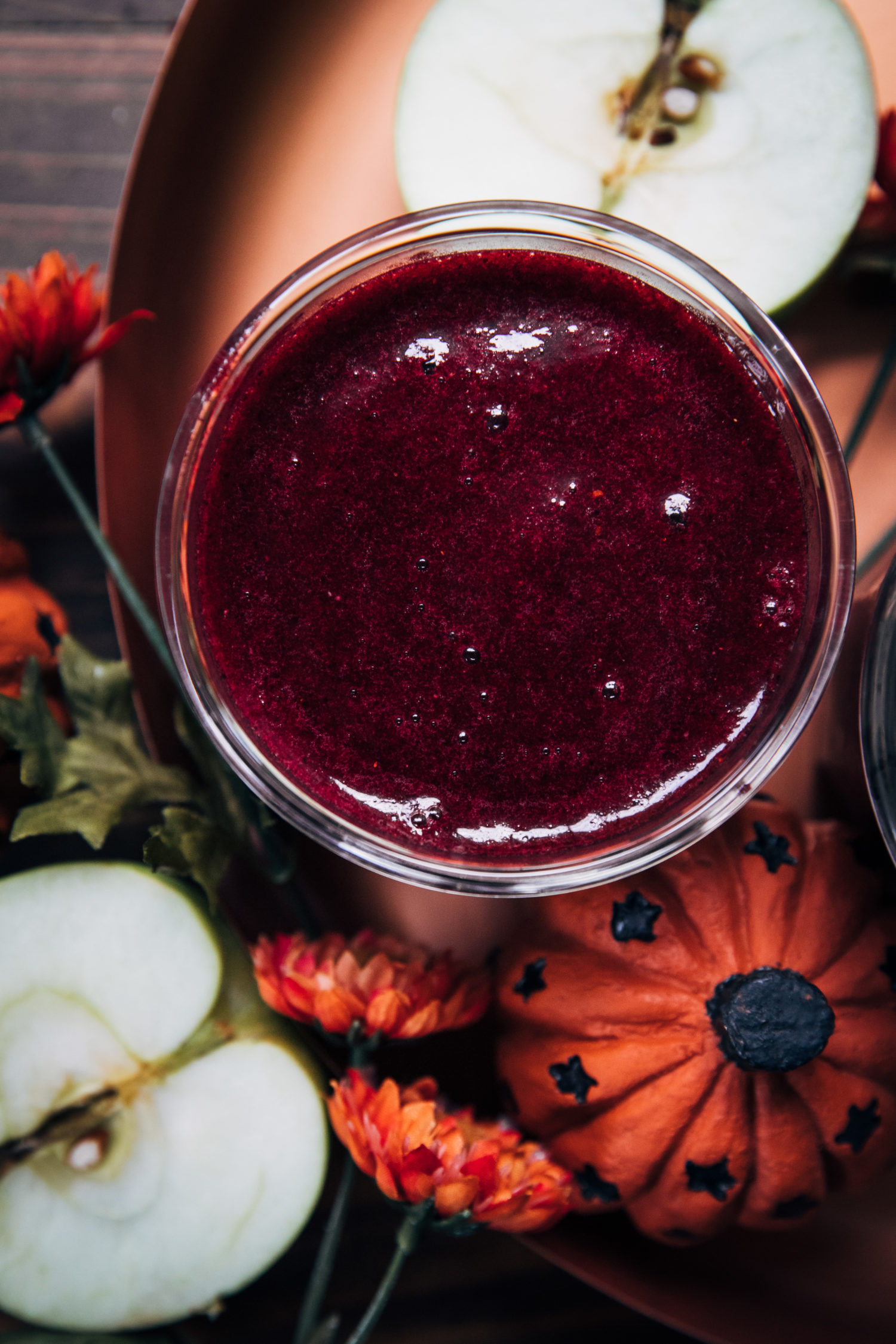 This festive Halloween Witch’s Brew Smoothie is the perfect fall drink! Made with seasonal cranberries and warming spices like cinnamon and nutmeg.

Coming in hot with a festive Halloween recipe for you this year! In the four years that I’ve been blogging, I’ve never once posted a Halloween recipe. I have no idea why, because Halloween is one of my favorite holidays! Growing up, I LOVED trick or treating, getting to be outside in the crisp autumn air, getting candy, dressed up in my costume!

This year I’m particularly excited for Halloween because my fiancé and I are hosting a party at our house! This is going to be my third party I’ve hosted since moving here, and I’m really warming up to being a hostess. I love having on-theme snacks and drinks (this year includes Halloween candy, pumpkin hummus, bloody apple cider punch, and ghoulish green spiked seltzer) and decorations in our house. It’s going to be a blast!

For Halloween morning, you better believe I’ll be having some of this Witch’s Brew smoothie! This smoothie tastes like fall in a drink, and it’s fantastic. The key is adding in the classic fall dessert spices, cinnamon and nutmeg, which really take it up a notch. I hope you enjoy it! :) 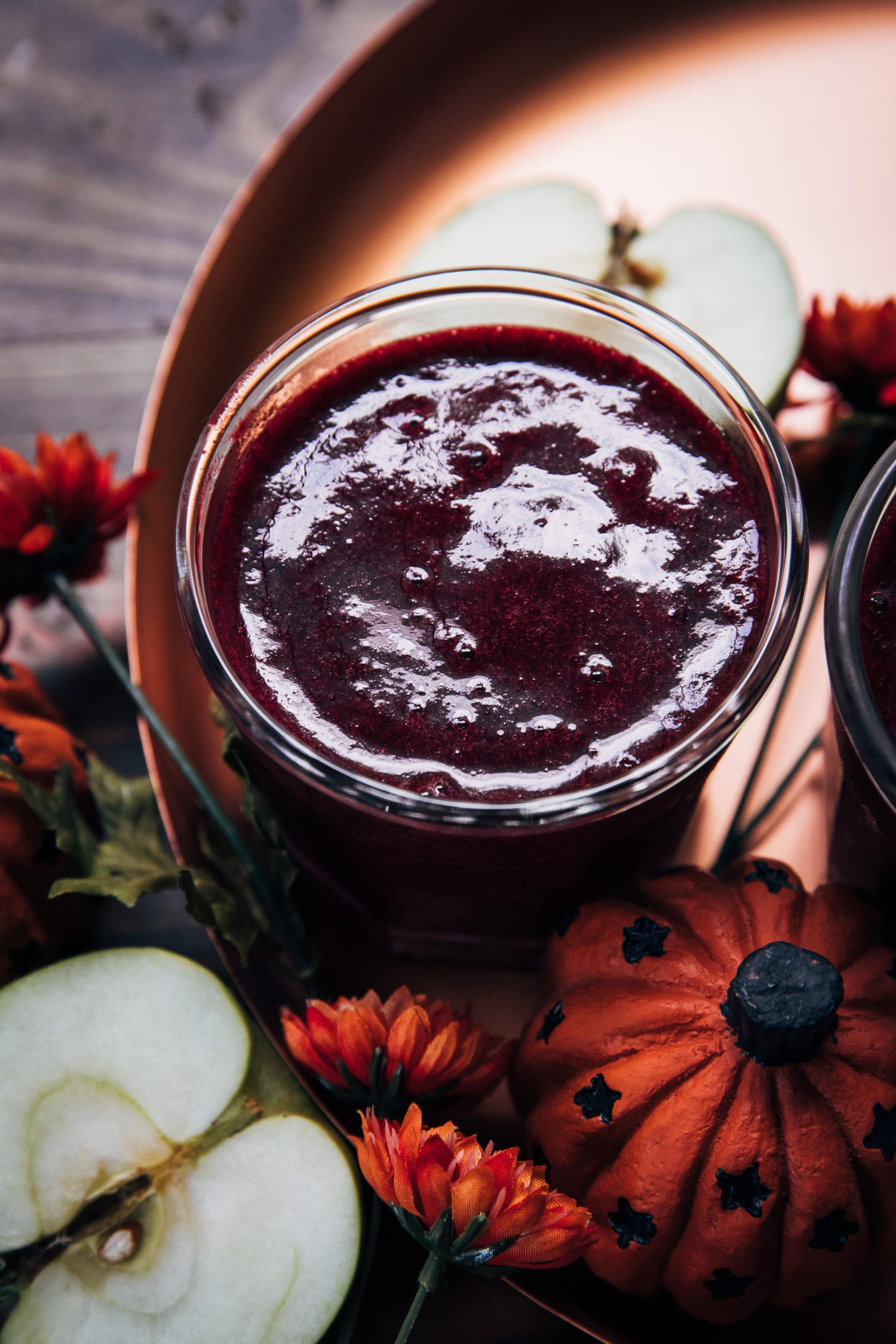 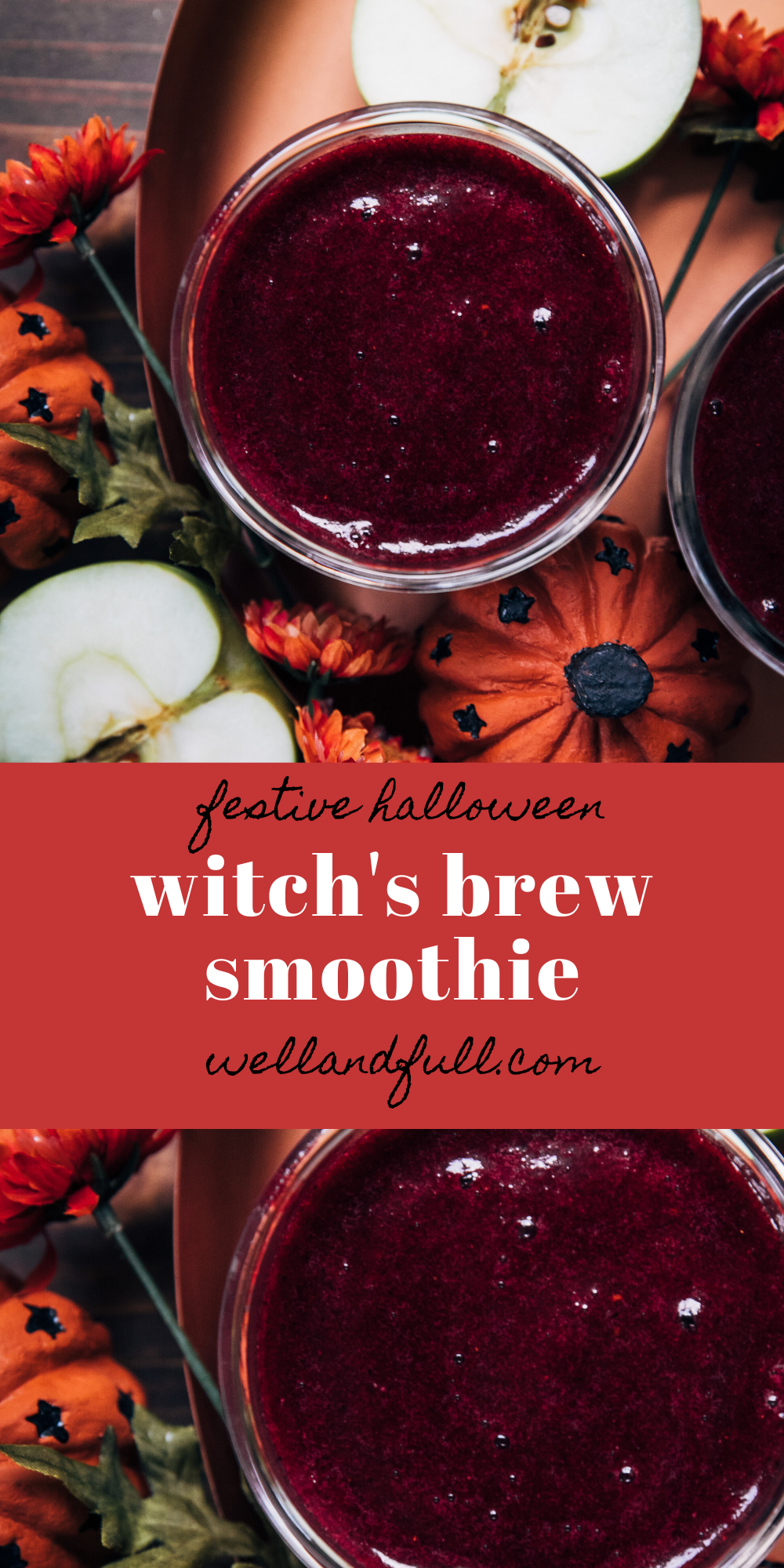 This festive Halloween Witch's Brew Smoothie is the perfect fall drink! Made with seasonal cranberries and warming spices like cinnamon and nutmeg. 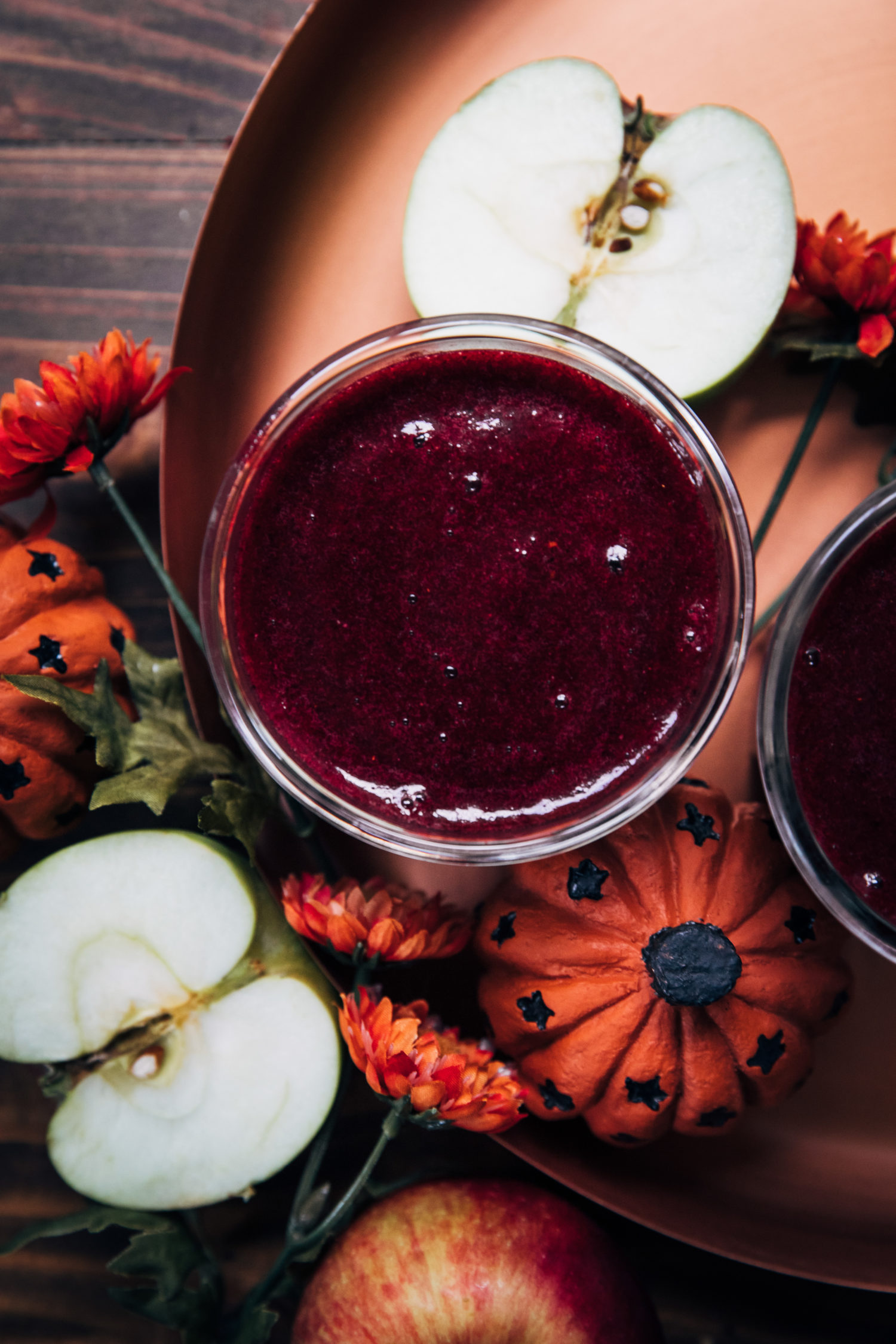 If you make this Witch’s Brew Smoothie and post it on Instagram, be sure to tag me @wellandfull and #wellandfull so I can see! I love seeing your takes on my recipes :)