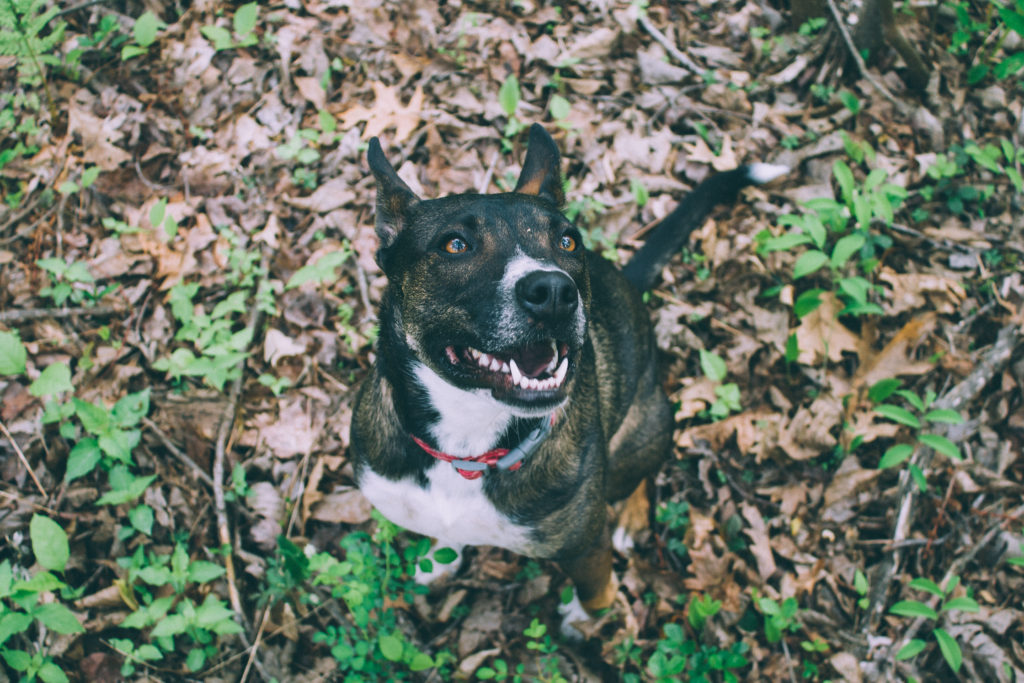 Today I want to tell you a story about a little dog that could.

September 14, 2013. My sister Kathryn and I were at Petsmart, where there was an adoption fair. I was just starting my senior year of college, so I wasn’t seriously thinking about getting a dog. But because my sister and I are huge animal lovers, we thought we’d go to the adoption fair and check it out.

It was a warm and sunny day. Under a white tent, there were about two dozen dogs, each in their own little enclosures or cages. Each dog we went up to had a wagging tail, and came to sniff our hands as we approached. My sister and I agreed that we wished we could take all of them home!

We walked from dog to dog, making sure to give each one a nice pet or scratch. But then, we came across one enclosure, different than the others. In it was a little puppy, rib cage protruding, lying weakly on the ground.

This dog was Ivy.

It was very obvious that this little dog was very weak. She didn’t get up to greet us as we came by, nor did her tail wag. She just laid on the ground, eyeing us warily.

My sister and I asked the adoption coordinator if we could take her out and visit with her. Agreeing, the woman put a leash on her and attempted to coax her out of her crate. The little pup’s ears perked up slightly, but she remained on the ground. Tenderly, I reached in and picked her up, light as a feather. At three months old, she weighed ten pounds.

“What’s her name?” I asked. “Her name’s Ivy,” said the adoption coordinator. “She’s from Arkansas. We just brought up a truckload of dogs from a high-kill shelter there a few days ago.” Which explained why she was so malnourished. “What about the contusions on her stomach? Was she spayed prior to coming to Connecticut?” I asked. “She had her surgery three days prior to coming up here, poor thing. She must not have had much a chance to rest on that truck with all the other dogs.”

I was stunned. This poor creature had been spayed, and without even having a chance to recover from the surgery, had been toted up on a truck full of barking dogs, twenty hours from Arkansas to Connecticut. It was no wonder that she didn’t have the strength to walk. 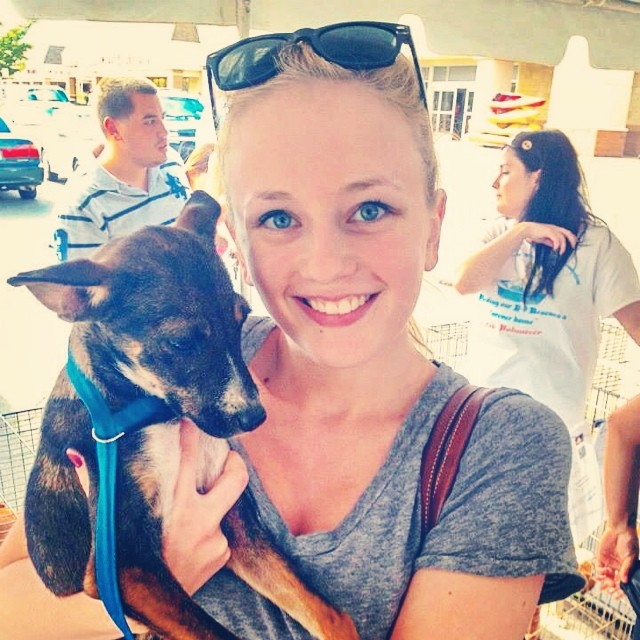 I held Ivy in my arms for almost an hour, knowing she desperately needed some simple affection. The wheels started turning in my head. I called my mom and told her where I was, explaining that there was a little dog who really needed a home. Flustered, my mom tried to dissuade me – it was my senior year of college, and although I was living in an apartment, I wouldn’t necessarily have enough time to devote to a dog. She thought it was a bad idea, and so did my dad. They said, in so many words, “Don’t even think about it.”

I put Ivy back on the ground, where she immediately laid down. I sat and looked at her for a good while.

In Catholic high school, I had heard about “callings” and vocations, never really thinking anything of them. In my infinite wisdom as a high schooler, I dismissed it as just a bunch of mystic mumbo jumbo, overzealous Catholics at their finest. God doesn’t talk to people anymore, if he ever even did. Right?

I didn’t realize how wrong I was.

As I was sitting there, looking at that weak, malnourished dog, I felt an inexplicable pull in my heart and mind, an almost physical sensation. I can’t really find the words to describe it. Here was an animal, nearly sick to the point of death, whose fate would lie in the hands of her rescuer. And at that moment, there was not even the least bit of doubt in my mind that I would be that rescuer.

Still hearing the echoes of my parents in my head, I decided to cover my bases. I waited to the end of the adoption fair to see if anyone would take her, thinking that maybe she would be better off with a family that had more time for her. But no one took her. (Later I knew this was not an accident for me to have her.) I told the adoption coordinator I would “foster” Ivy for a few days, so she could at least get some TLC. She agreed, and I was sent off with a crate, a leash, and a few treats to get me on my way.

Driving back to my school, I could see Ivy shaking through the bars of the crate. Terrified that she was about to embark on another 20-hour interstate drive. So during our entire 30-minute ride, I softly sang lullabies to calm her.

When we returned to my apartment, I gave her a little water, and then brought her over to the couch with me. And even after only having met me some hours ago, she immediately curled up on my lap, head resting on my breast. She was fast asleep.

It was at that moment that I knew I could never let her go. 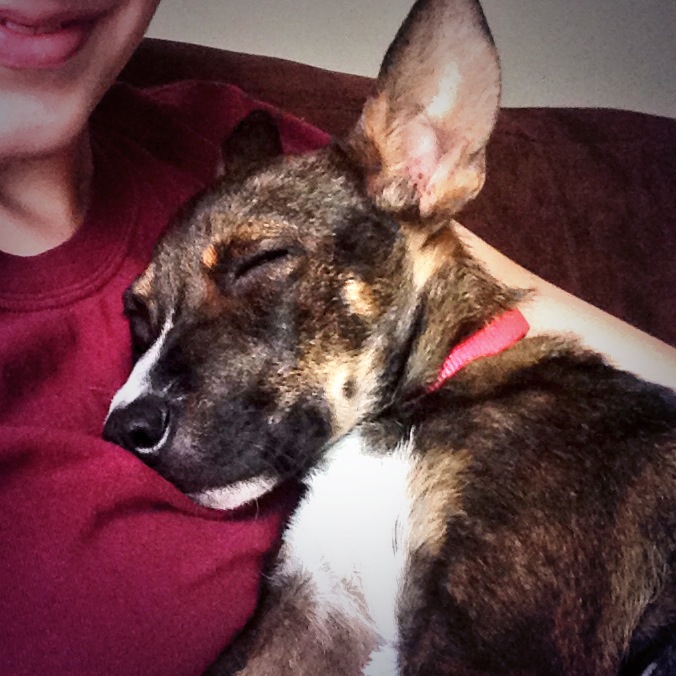 Fast forward two years. Ivy is a healthy 45 pounds, energetic and happy. She loves playing fetch, taking naps with mommy, and going on hikes in the woods. Ironically, my parents (Grandma + Grandpa) now absolutely adore Ivy and take her to stay at their house at least once a week, where they spoil her with treats and toys. She always makes sure to bother my parents dog, her uncle Scout, whenever she’s there. (But Scoutie doesn’t really mind.) 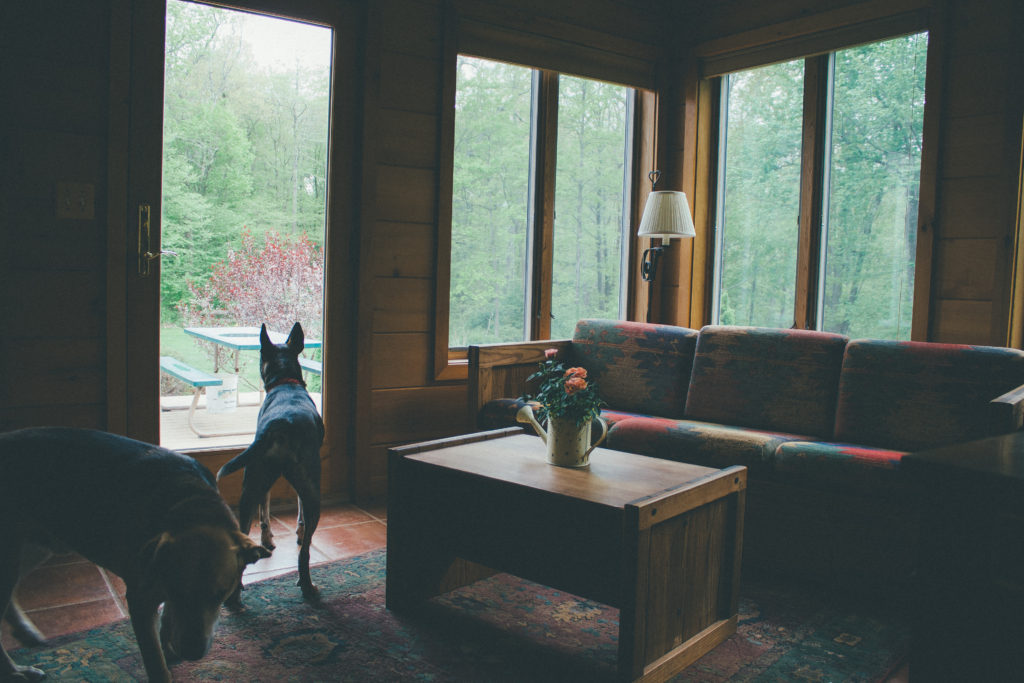 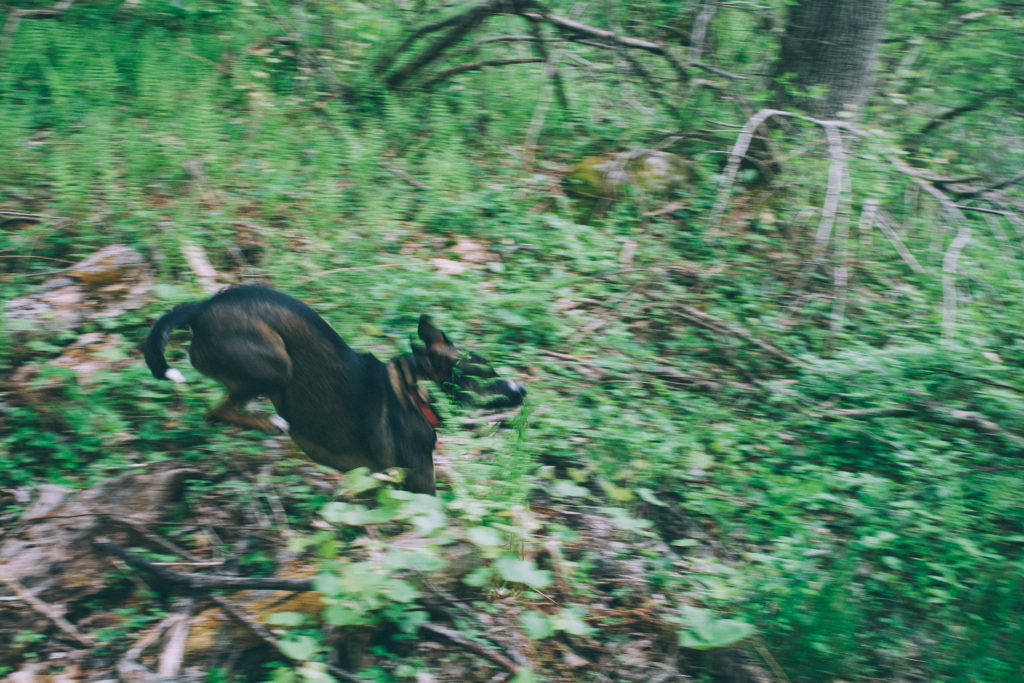 It’s been two years to the day since I first set eyes on that little, malnourished puppy. While the beginning was certainly hard – Ivy retained a slew of health issues from her time in Arkansas – the amount of unconditional love I have received from her has been beyond explanation. I know there are those who doubt that animals can experience complex emotions. But on that first night, when Ivy curled up against me, I could viscerally feel the love and gratitude extending from her heart, knowing that I had rescued her. Since then we have never spent more than a few days apart. She is as much a part of me as my hands or my legs or my heart.

Today I celebrate that day, two years ago – two lonely souls, needing love and warmth – finding each other against all odds.

Many, LORD my God, are the wonders you have done, the things you planned for us. None can compare with you; were I to speak and tell of your deeds, they would be too many to declare.