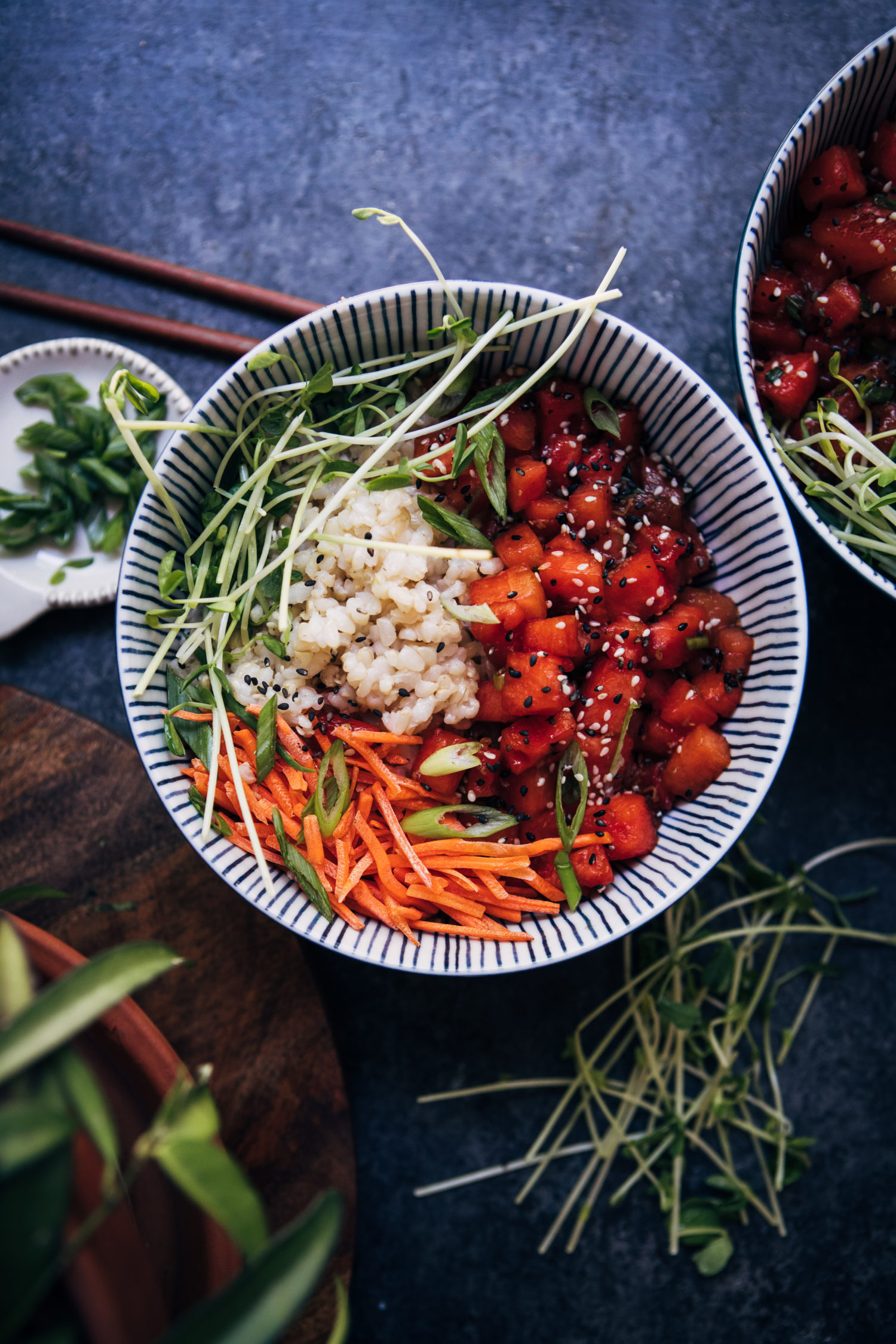 This Watermelon Poke Bowl is packed with plant-based flavor! You won’t miss the fish once you taste the delicious marinated watermelon!

Let’s address the elephant in the room. Yes, watermelon poke is not an original concept, and I didn’t come up with it, and it’s been done 4,295 times before. But I had to put the Well and Full spin on it, ya know? ;)

I recently went on my annual trip to Chatham, MA (aka Cape Cod) with my family a few weeks ago. This year was really special because my fiancé came along! Obviously on the Cape, there’s an abundance of fresh seafood at every restaurant. But even before I was vegetarian, fish never really held a huge interest for me. I’ve had fish in sushi before, but I found that sweet potato tempura sushi was more my style!

Being on the Cape, though, made me think about the application of fish in American cuisine and how it can be made vegetarian/vegan. And then I thought back to a trip I took to Boston with my fiancé a few years back, where he had ordered a tuna poke bowl. (FYI – a real poke bowl is of Hawaiian origin, and usually consists of marinated tuna with vegetables and rice.) I didn’t eat the tuna, but I tried a little bit of the rice and scallions in the marinade. And let me tell you, THAT MARINADE. It was SO good. And after my trip to the Cape, I immediately thought of that poke marinade and knew I wanted to recreate it in my own kitchen!

I’ve never had watermelon poke before (or I guess regular poke, for that matter), but I know for a fact that this version is pretty darn tasty. It’s also super fresh and light for summer, which I love. If you make it without rice, you won’t have to turn on the stove at all. Win!! 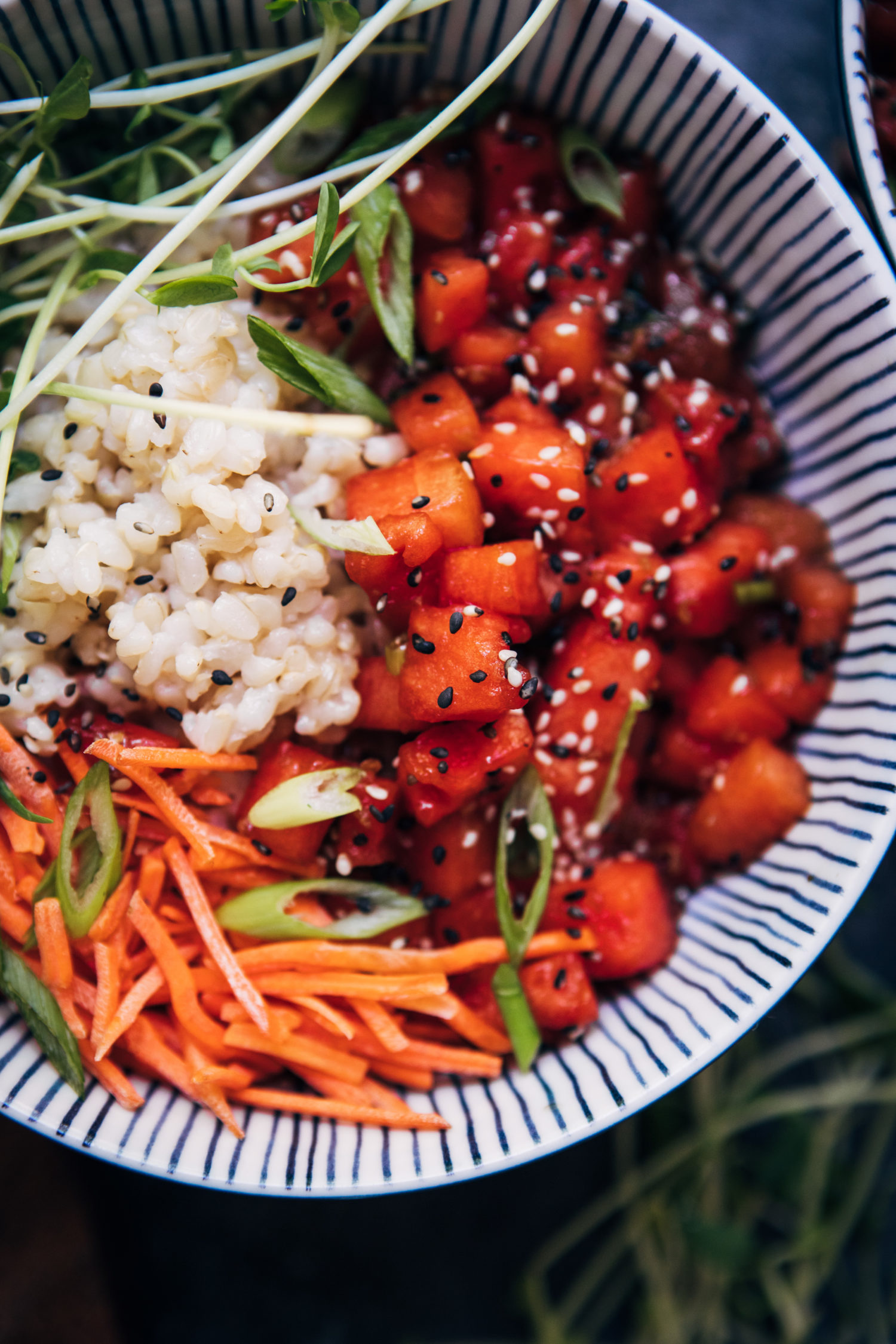 This Watermelon Poke Bowl is packed with plant-based flavor! You won't miss the fish once you taste the delicious marinated watermelon!

The Rest of the Bowl 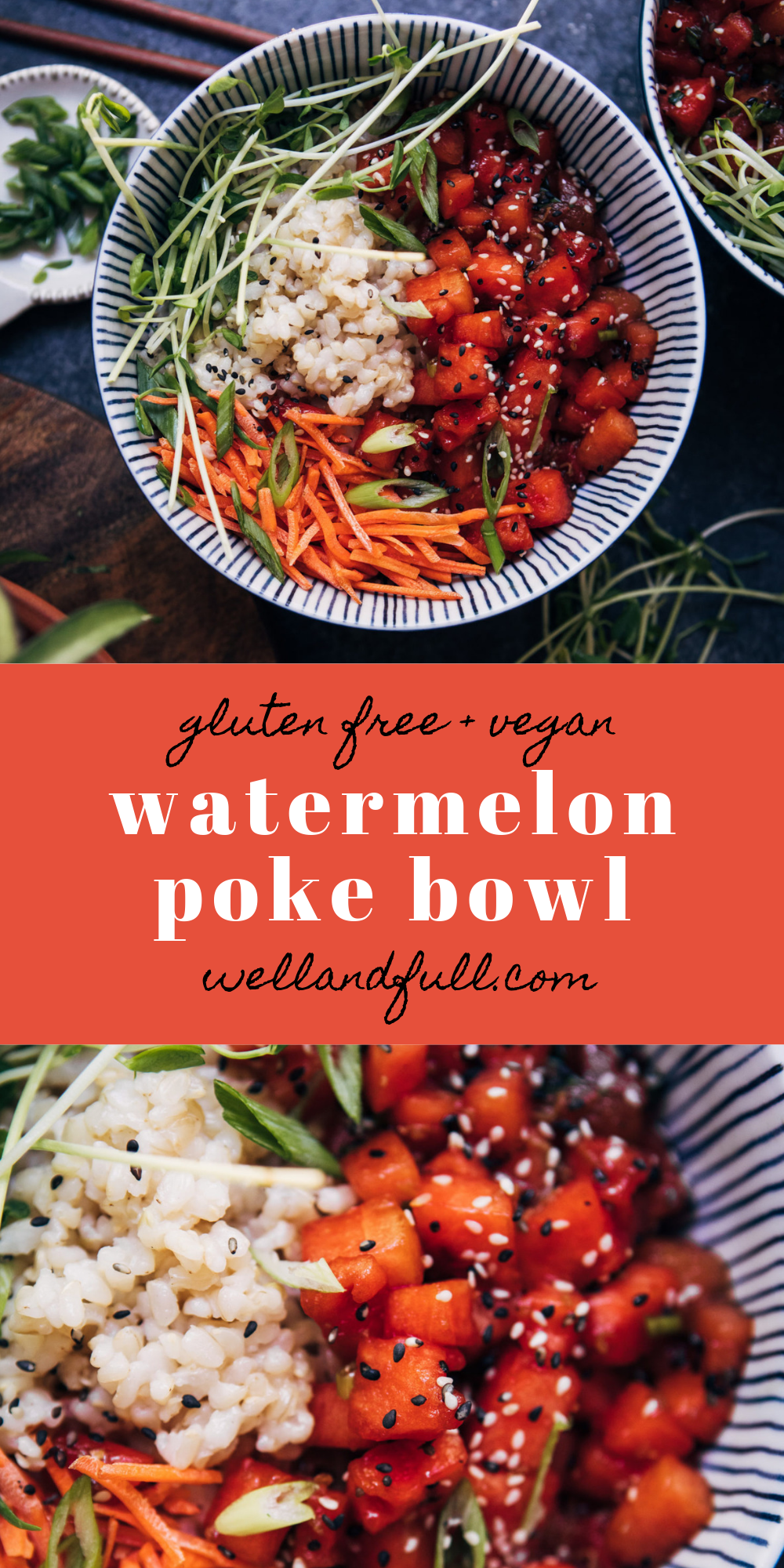 If you make this watermelon poke bowl and post it on Instagram, be sure to tag me @wellandfull and #wellandfull so I can see! I love seeing your takes on my recipes :)