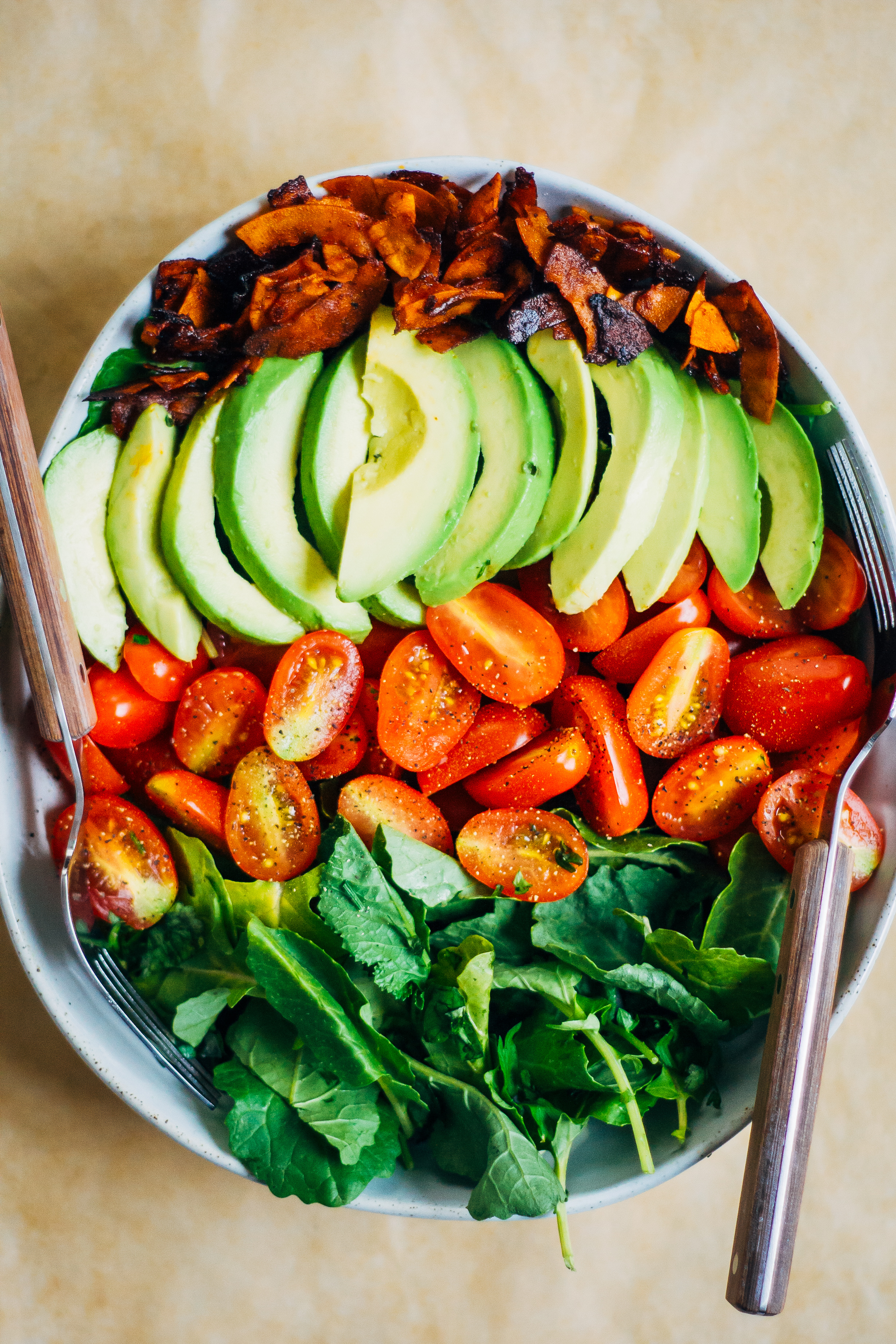 This is the very best Vegan Coconut Bacon recipe, because it’s made with natural, plant-based ingredients and made WITHOUT liquid smoke!

Hello everyone!! I am SO. EXCITED. to share this recipe with you today. Why?! Because I’ve finally created a recipe for the PERFECT VEGAN COCONUT BACON.

Hold on, backtracking… I know that what I just said is quite a categorical statement. HOWEVER, I have been trying to find a really good vegan coconut bacon recipe for months now and haven’t found one that really worked for me. (But that’s not to say that those other recipes aren’t great!!)

The majority of vegan coconut bacon recipes on the interwebs involve some permutation of tamari, maple syrup, and liquid smoke. The tamari gives the coconut bacon salt and umami while the maple syrup adds richness and sweetness, and the liquid smoke adds (obviously) that smoky flavor. At first I was skeptical about liquid smoke, but then I read that it’s just made by collecting the smoke from burning wood, which becomes a liquid when it cools. I figured it couldn’t be that much worse than inhaling the residual smoke from the woodstove in my family’s living room.

So I bit the bullet and bought some liquid smoke, and ended up trying a few popular recipes from vegan/vegetarian blogs. The vegan coconut bacon I made from those recipes was okay, but it wasn’t that addicting, crunchy taste I was looking for. And I always followed all recipes to the T, but every time I ended up with a tray full of coconut bacon that was burnt to a crisp on the outskirts of the tray, and soggy in the center of the tray. Needless to say, I was very disappointed. Where was the crispy coconut bacon I had seen in the pictures?!

What’s more, biting into the center of the tray/soggy bacon, it was like taking a sip of liquid smoke. Maybe some people can handle that, but I felt sick to my stomach after having a few pieces. I was really grossed out, and was almost turned off to the idea of coconut bacon forever.

But I knew there had to be another way!!

My epiphany came when I saw this recipe for vegan coconut bacon on one of my favorite vegetarian blogs – A Couple Cooks. Their recipe was different from anything else I had seen online, and I was stoked to see that they used sriracha in the mix! Using their recipe as my starting point, I finally made a concoction that (I think) makes the best coconut bacon!!

What makes this recipe different is that:

3// The cooking technique ensures that no bacon is left behind, allowing all pieces to be cooked evenly!

As always, I taste-tested this baconerific masterpiece on some non-vegan friends (this time, three very hungry non-vegan dudes), and they absolutely LOVED it. I think my friend described it the best – “It doesn’t really taste exactly like bacon, but there’s something about it that makes you want to have another piece.” I’m not going to lie to y’all and say that this is a perfect carbon copy of bacon. Instead, it’s a CRISPY, UMAMI, SLIGHTLY SPICY, SMOKY, and TOTALLY SATISFYING bite of heaven.

I hope you guys all love this recipe as much as I do… I’ve literally spent months perfecting it!! 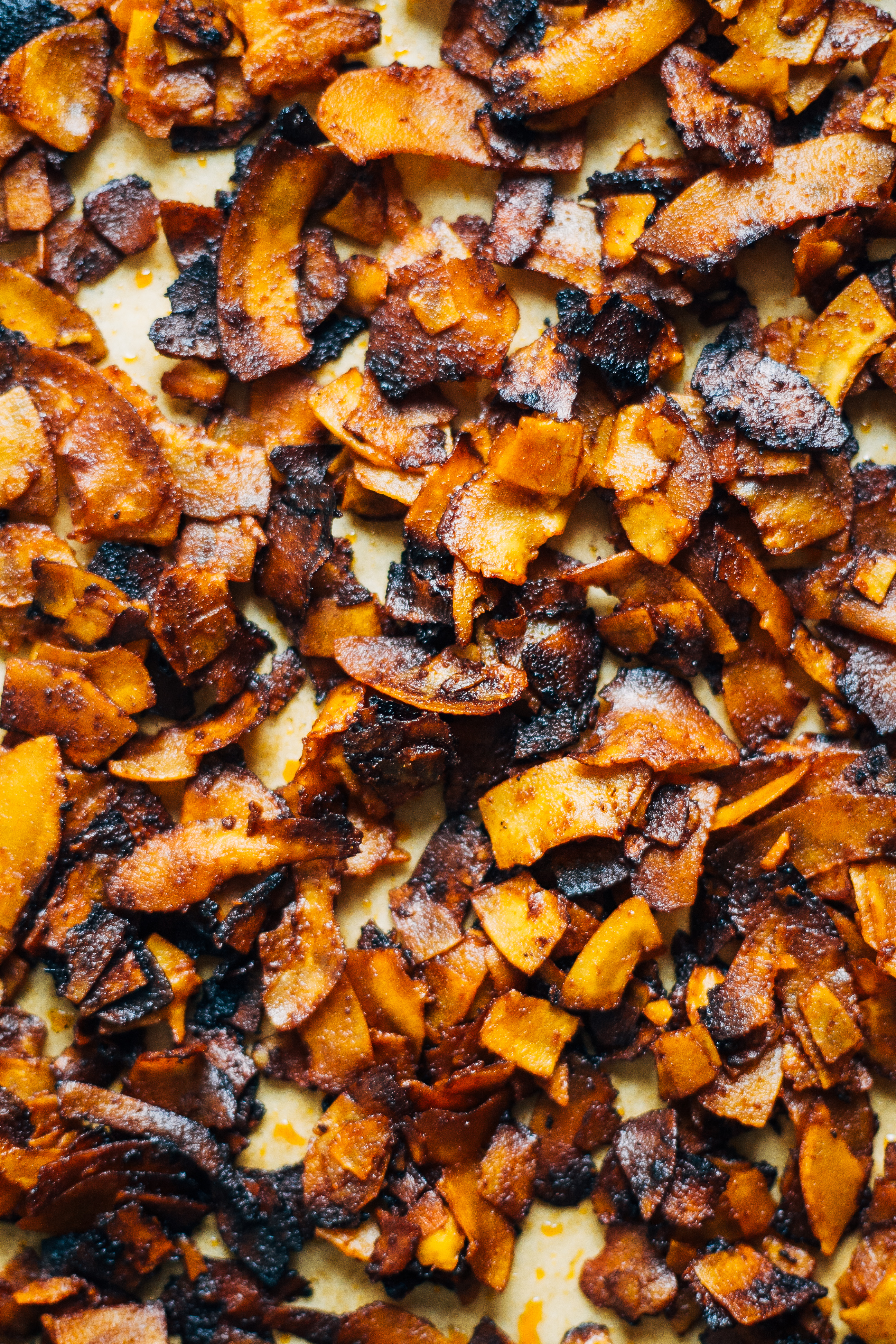 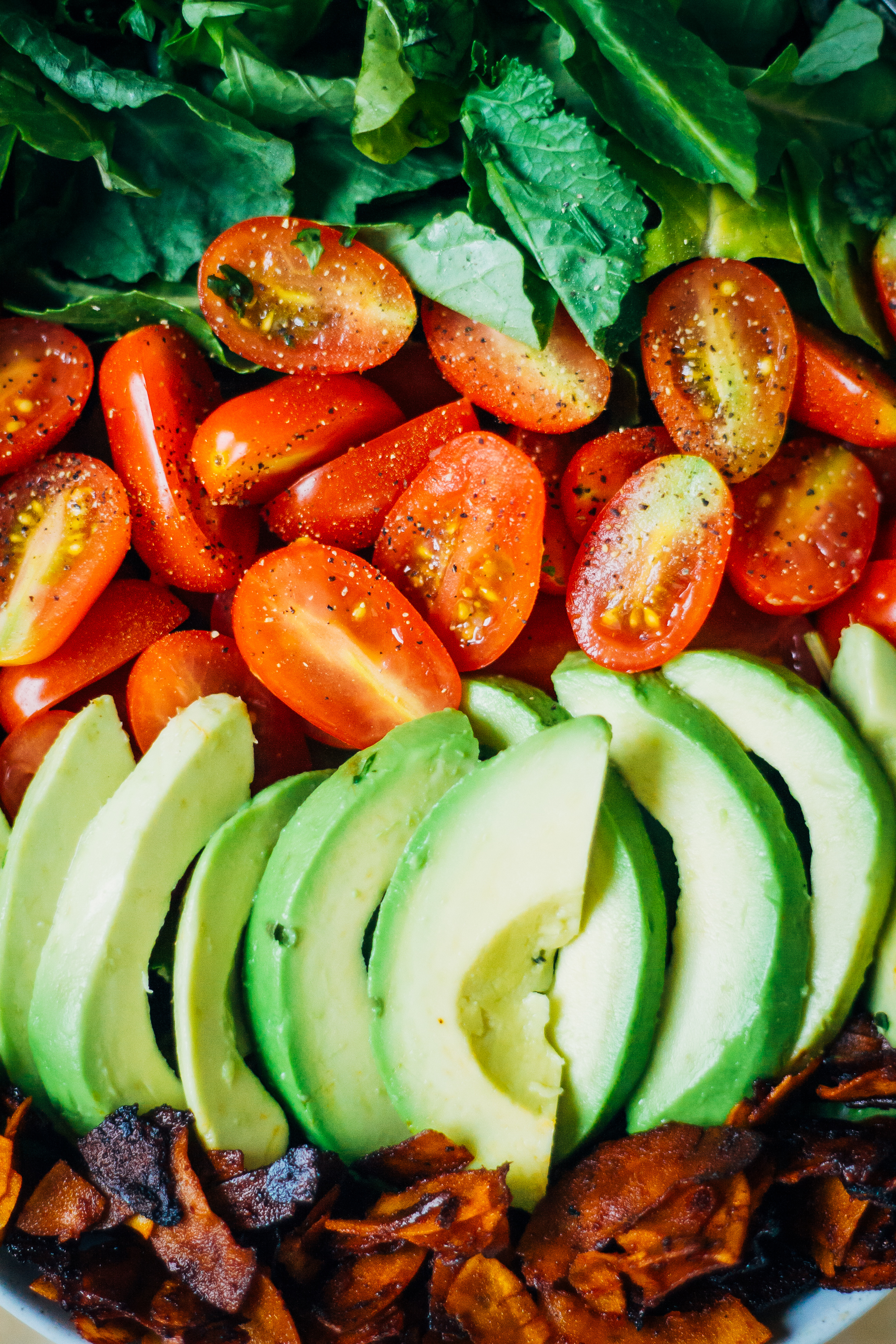