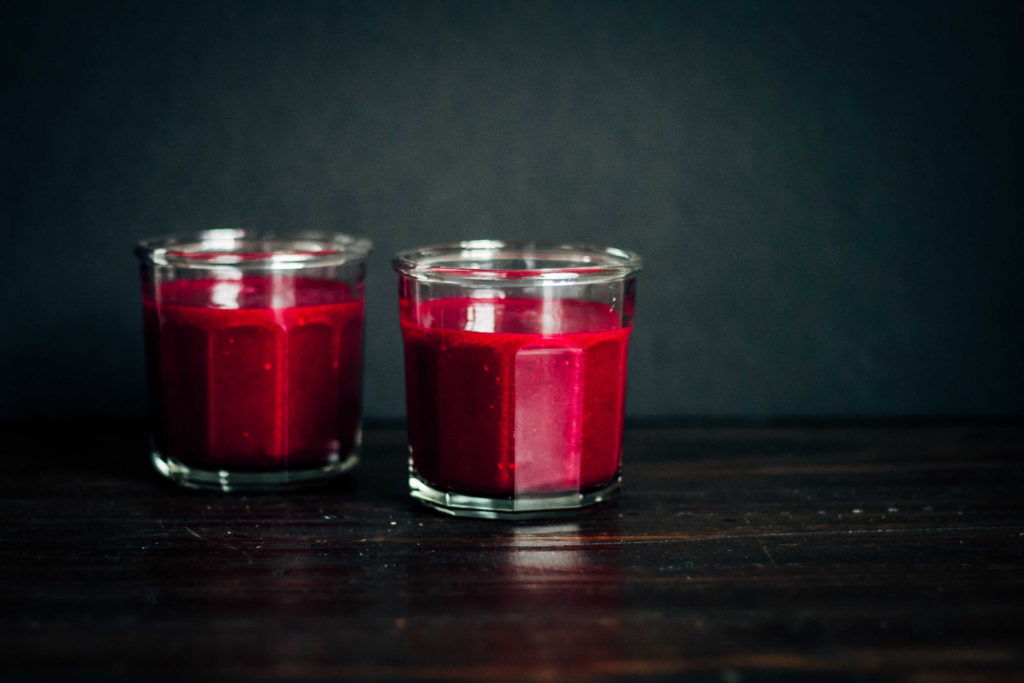 Hello, hello everyone! I feel like I haven’t been around here for a while, even though I just posted last Tuesday. But this past week I’ve spent a lot of time thinking about life and general, and not being my usual “nose to the grindstone” self. And yes, while I’m still on leave from work work, I have to be doing something at breakneck speed or else I don’t know what to do with myself. But lately I’ve been starting to be okay with the slower days, allowing myself to lounge a bit, not always being hyper-focused on my next project or idea. I’ve allowed myself to try new things and to just have FUN with some hobbies from my childhood.

For example, tonight I made candles. Candles!! I’m extremely sensitive to sounds and smells, so I spend a small fortune on candles and other scents to make my apartment smell nice. But then I started thinking about how much I used to enjoy making stuff when I was a little one – I was always making crafts and terrorizing my poor mother with messes around the house. Unfortunately, I really stopped being as crafty as I got older. But that was to my detriment, because making and creating things is how I express myself. Not just with food, but with any sort of creatable thing. For example, all of the artworks in my apartment are paintings I made myself. There’s a portrait of Ivy (don’t judge!), a few canvases of my favorite constellations, and a handful of abstract floral designs. And now, I’m dabbling in candles. Who would have thought?!

But I feel a very noticeable change in my mood and overall health since I’ve started (or restarted) my creative projects. I guess that as I grew up, I dismissed my craftiness as a childish trait that was best left behind. I also didn’t want to spend my hard-earned money on craft supplies, seeing it as an unnecessary extravagance. If only it were possible to go back in time and hit myself on the head ! I’m coming to realize now that while it is important to save money and be frugal when you can, it is equally important to allow yourself creative outlets, if that’s what you need.

So that’s where I am in my life right now – I’m relearning the art of having fun, creating things. 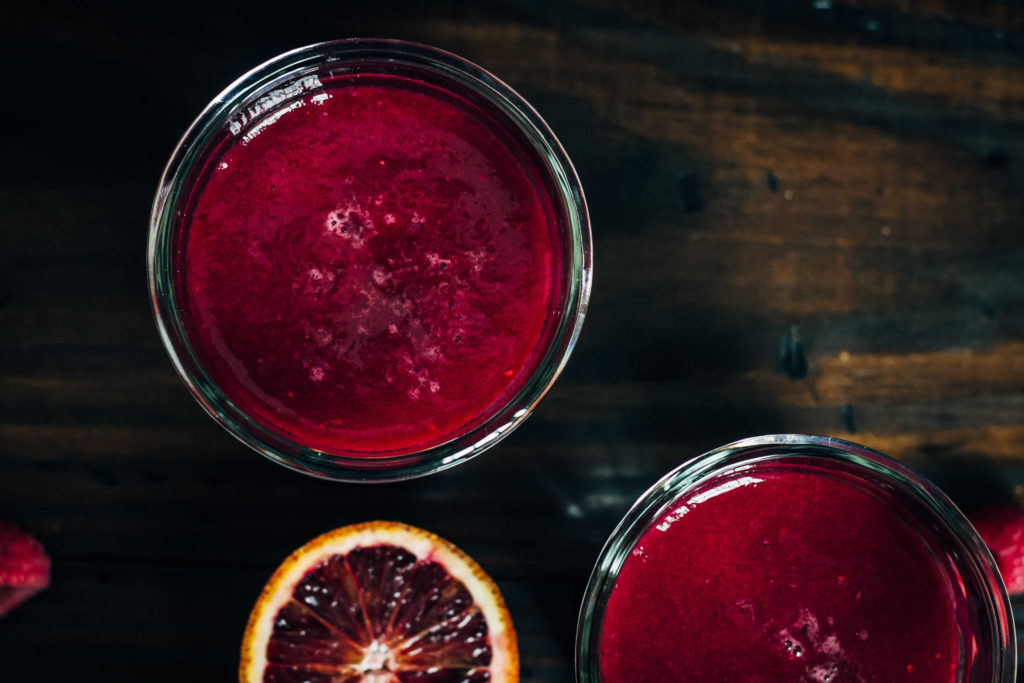 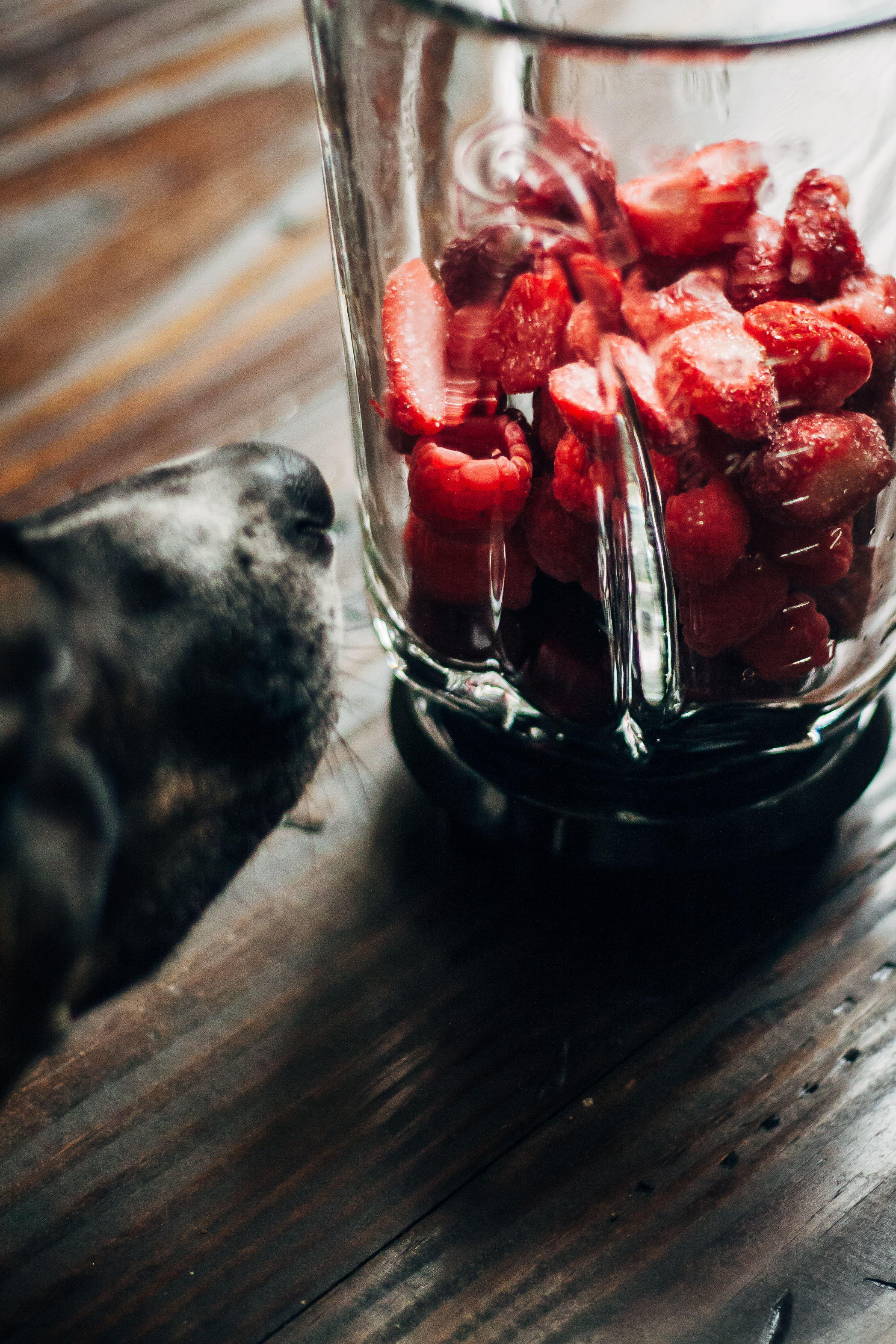 Now on to this smoothie. I’ve decided to start a new weekly segment on my blog, called “Sunday Sutra”. This will be an opportunity for me to impart some of the yogic teachings I’ve learned as a part of my yoga teacher training. Today I decided to start with the chakras.

As a member of the yoga community, it’s almost impossible to avoid hearing about the chakras. But as to what they are, it’s rather hard to describe. Essentially, the chakras are energy centers within the body, located from the base of the spine, extending beyond the crown of the head. They are seen in Hindu and Buddhist traditions, and taught as part of the yogic conceptualization of the mind-body.

Unfortunately, many of the ancient Eastern medicines (such as the chakras or the Ayurveda) are denounced by Westerners as being too “New Age-y” (whatever that means). But consider – why does a psychological identification system such as Maslow’s Hierarchy of Needs earn more scientific clout than the ancient order of chakras? Both “theories” are just that – theories. Neither can be empirically proven by the quantitative sciences (as of yet). But historically, Western medicine practitioners systematically devote more time and energy to Western-derived theories. Go figure.

However, the chakras should be looked at more as a manner of viewing something, rather than some sort of metaphysical entity. Like Maslow’s Hierarchy of Needs, the chakras define “levels” that, when out of balance or unfulfilled, can cause psychological or physical discord. The chakras define needs on a physical, mental, emotional, and spiritual level. Described as “energy centers”, each chakra coordinates with a specific area in the body wherein those needs are housed. In connection with yoga, each energy center can be liberated (or opened) by various asanas.

Essentially, the chakras are a different way we can look at our bodies – by addressing any problems or imbalances by going to its physical origin. However, the similarities between the chakras and Maslow’s Hierarchy of Needs are too uncanny not to share –

1 // Physiological Needs and Safety Needs / Root Chakra (Muladhara) and Sacral Chakra (Svadisthana) – basic requirements for survival, the base upon which the “self” is built.

2 // Love and Belonging / Solar Plexus Chakra (Manipura) and Heart Chakra (Anahata) – perception of “self” through the reflections of others; relationships and human need for social contact.

3 // Self-Esteem / Throat Chakra (Visshuda) – manifestation of “self” through communication and self-expression.

5 // Self-Transcendence / Crown Chakra (Sahasrara) – connection with the divine; spirituality, conceptualization of a Greater Being than “self”. Maslow added this last “need” after critiquing his own model.

Uncanny, right? Ultimately, I look at the chakras / Ayurveda this way – It’s stuff that people figured out way before us (Westerners), and we’re only beginning to catch up with these ideas now.

So in this spirit of open-mindedness and self-meditation, I created this beautiful red smoothie to help myself align with my root chakra. Its main flavor component is red beets, which grow rooted in the earth and thus very grounding.

For a corresponding asana, or yoga pose, try Sukhasana. Sit cross-legged, comfortably, on your mat, hands resting on knees with palms facing outward. Open your heart by lifting your chest slightly, bringing shoulders down and back. Allow the natural curve of your back to hold up your upper body. Concentrate on the feeling of groundedness on your sitz bones, feeling the sensation of body meeting earth. Think about what grounds you in life – friends, family, your faith. Feel your body resting into the ground as the earth rises up to meet you, supporting you. Namaste. 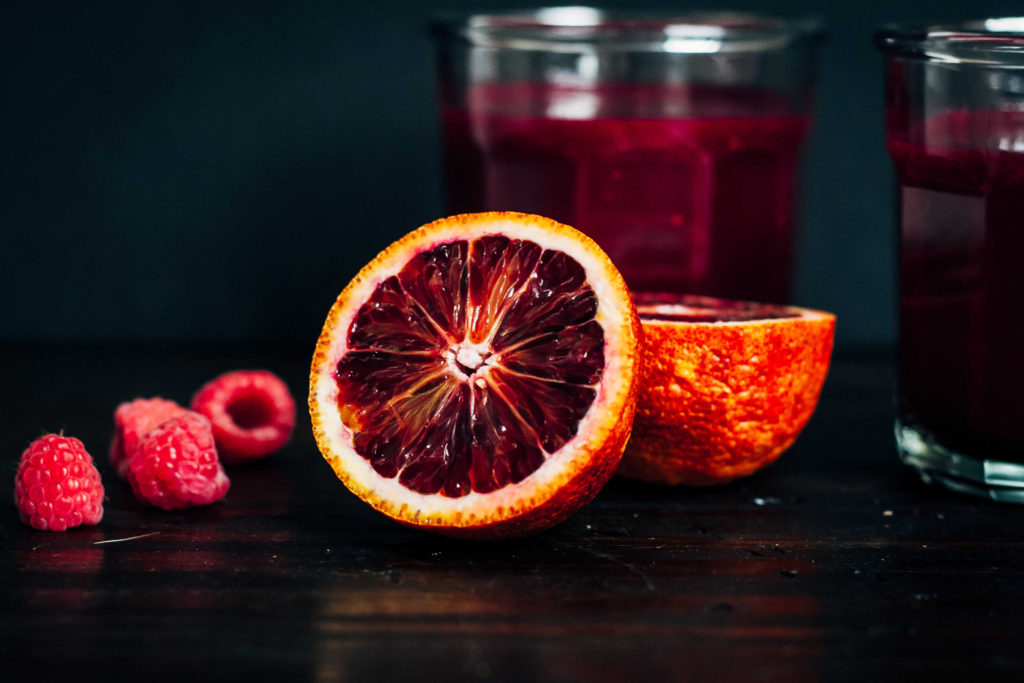 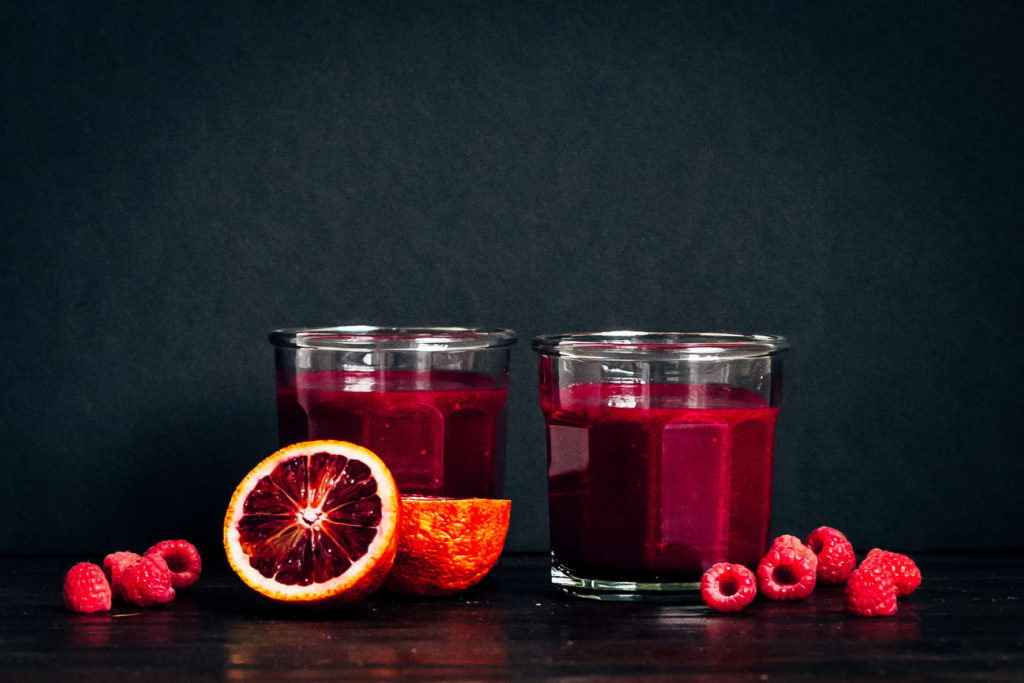 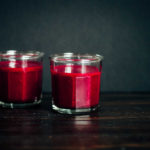 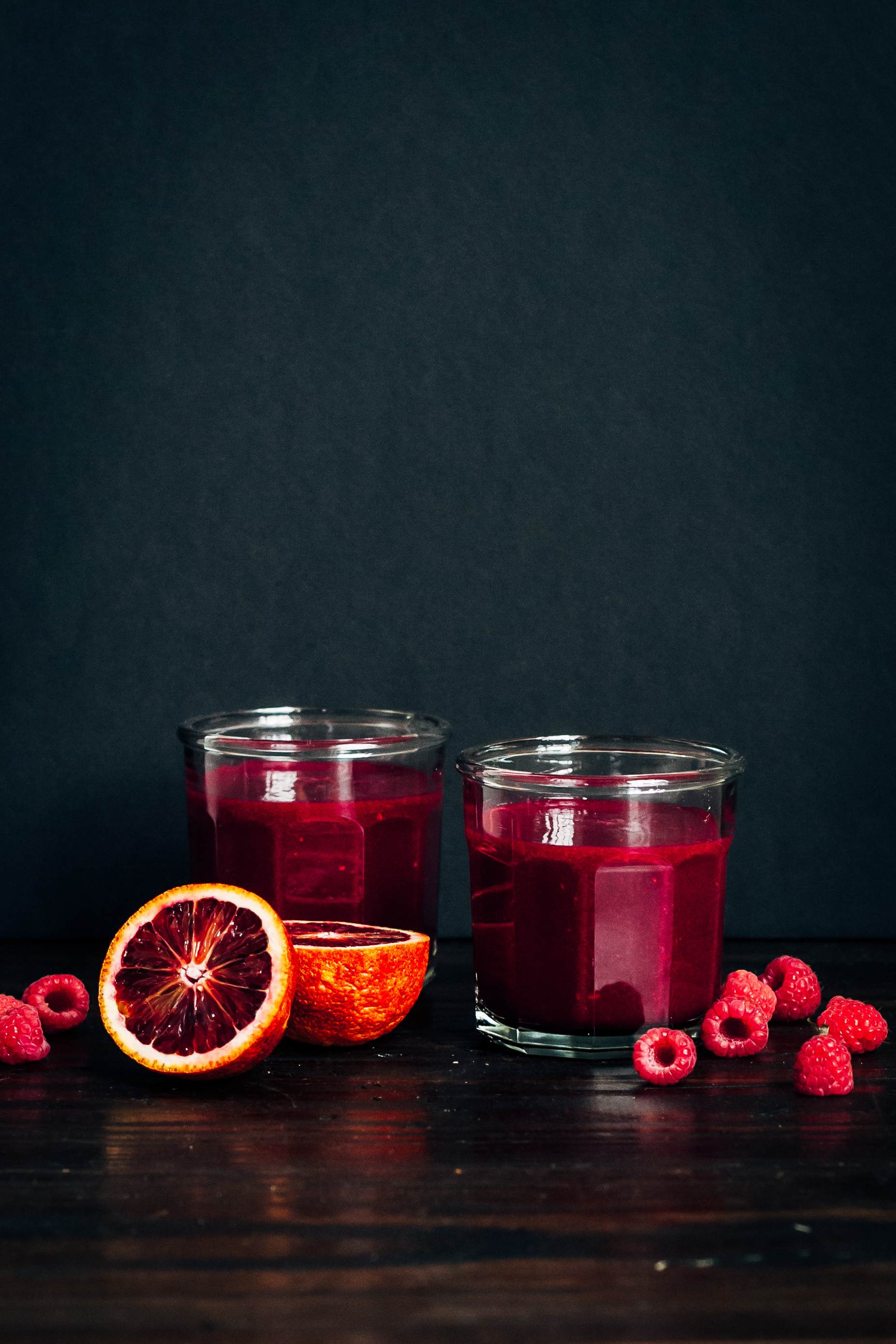