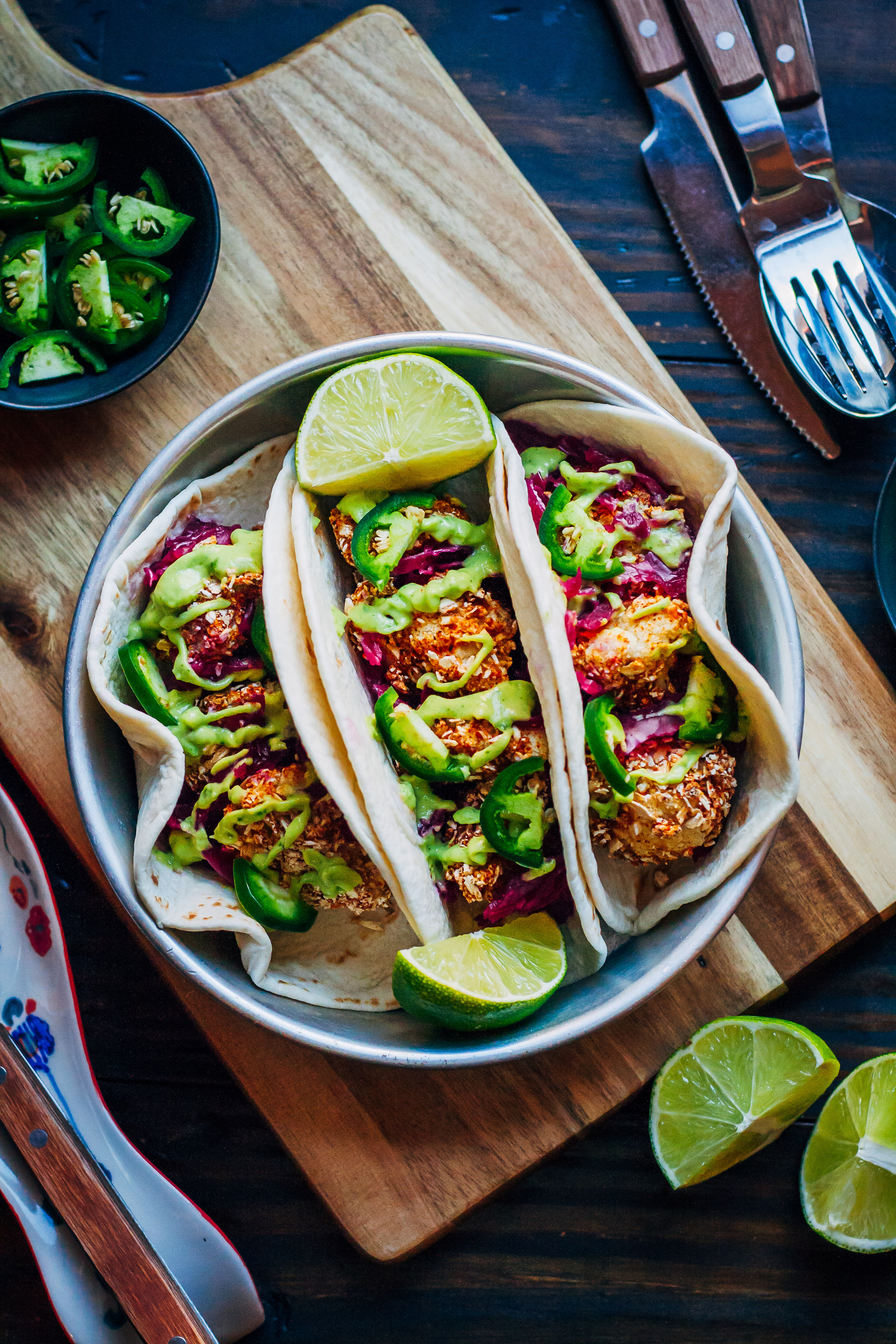 This recipe today is featured from The Blissful Basil Cookbook by Ashley Melillo, and has been reprinted with permission from BenBella Books.

We’re also hosting a GIVEAWAY of one copy of the BB Cookbook – read on for details!

It’s time you and I had a conversation about mental health.

Let’s just all agree to agree that talking about it is scary. It just is. There’s so much stigma surrounding mental illness that any conversation about it is susceptible to misunderstanding and miscommunication. But let’s just establish some ground rules, some scientific facts, before we start:

1 // Mental illnesses come in many shapes and forms.

3 // Mental illnesses are as real as diseases like IBS or Diabetes – they just manifest through the nervous system, as opposed to, say, the digestive system or endocrine system.

4 // Depression, one of the most common mental illnesses, is not “being in a bad mood” or “feeling down”. It is an actual, physical phenomenon that involves various neurochemicals and hormones.

5 // Anxiety, another common mental illness, is not “overthinking something” or “worrying too much”. It is known that anxiety involves imbalances of neurotransmitters including serotonin and norepinephrine.

Now that we’ve gotten this out of the way, I’d like to admit something – I’m ashamed that I haven’t really talked about mental health until now. I’ve kind of touched upon the topic here and there, but have never really been explicit. But it’s high time I told you that I have depression.

A lot of times, when I tell people I have depression, they’re surprised – “But you’re so positive and upbeat!”, they’d say. It’s true, I am. It’s kind of like how you can still drive a car even when you have a cold – your body is ill, it’s not functioning properly; but you can still operate and live your life. I can be a positive person AND have depression – they are not mutually exclusive.

But the problem is, I was scared to tell people about my depression. I was afraid they would think I was “moody” or just being “mopey”. And honestly, a lot of my friends did think that at first. “Just cheer up!”, they’d say. “But you have nothing to be unhappy about!” was another common one. But there’s a problem with reactions like that, and it’s Science. Science has shown that depression is a physiological ailment, like any other disease. That’s the whole point of taking medication for it – it fills the chemical deficiencies in your brain. But you’d never be ashamed to tell someone you have diabetes, would you? Or that you have a bad virus? Or that you broke your arm? NO, you wouldn’t. But for some reason, telling people you have a mental illness is taboo.

When people struggle to understand my depression, I tell them to think the same thoughts, have the same doubts, just replace depression with having asthma.

Does this put it in perspective for you?

In case it doesn’t, let me drive it home one more time: Depression is just as real of a biological ailment as asthma. It’s science. It’s true, it’s been established empirically, it’s a fact, whether you agree with it or not.

But still, the stigma is there.

Enter in Ashley Melillo. She’s the author of The Blissful Basil Cookbook, a wonderful human being, and a ray of sunshine. She also suffers from anxiety. And she’s also the one who inspired me to speak out.

Her cookbook isn’t just a cookbook. It’s a memoir of her struggle with anxiety, and how she treated her illness holistically through diet and exercise (a highly underutilized treatment for so many medical conditions). If you read her book, I guarantee that Ashley will make you feel EMPOWERED to change your life, one meal at a time. But more importantly, the fact that such a well-known blogger and cookbook author is talking so openly about her anxiety is a REASSURANCE THAT IT’S OKAY TO HAVE A MENTAL ILLNESS. With her book, Ashley is proving that you still contribute to the world no matter the state of your mental health. With her book, Ashley is telling you that YOU ARE WORTHY.

(And then there’s also the fact that her recipes are delicious. Just thought I’d throw that out there.)

I’d like to talk more about mental illness in upcoming posts, even though it’s still a little scary for me, because I want to show others – especially young women and girls – that you SHOULD NEVER BE ASHAMED OF WHAT YOU’RE GOING THROUGH. It’s okay to speak out. It’s okay to be scared. It’s okay to have a mental illness.

I’d also like to send a message to every young person out there who feels alone, or feels like no one understands what they’re going through – because I was once you. My message to you is that YOU ARE NOT ALONE.

And to my readers, each and every one of you – if you’re ever having a really bad day, or need someone to talk to, or just want to feel like someone gets it – PLEASE feel free to email me. Seriously, I love hearing from you.

I’m sending all of you SO MANY HUGS and SO MUCH LOVE right now. Thank you so much for reading. 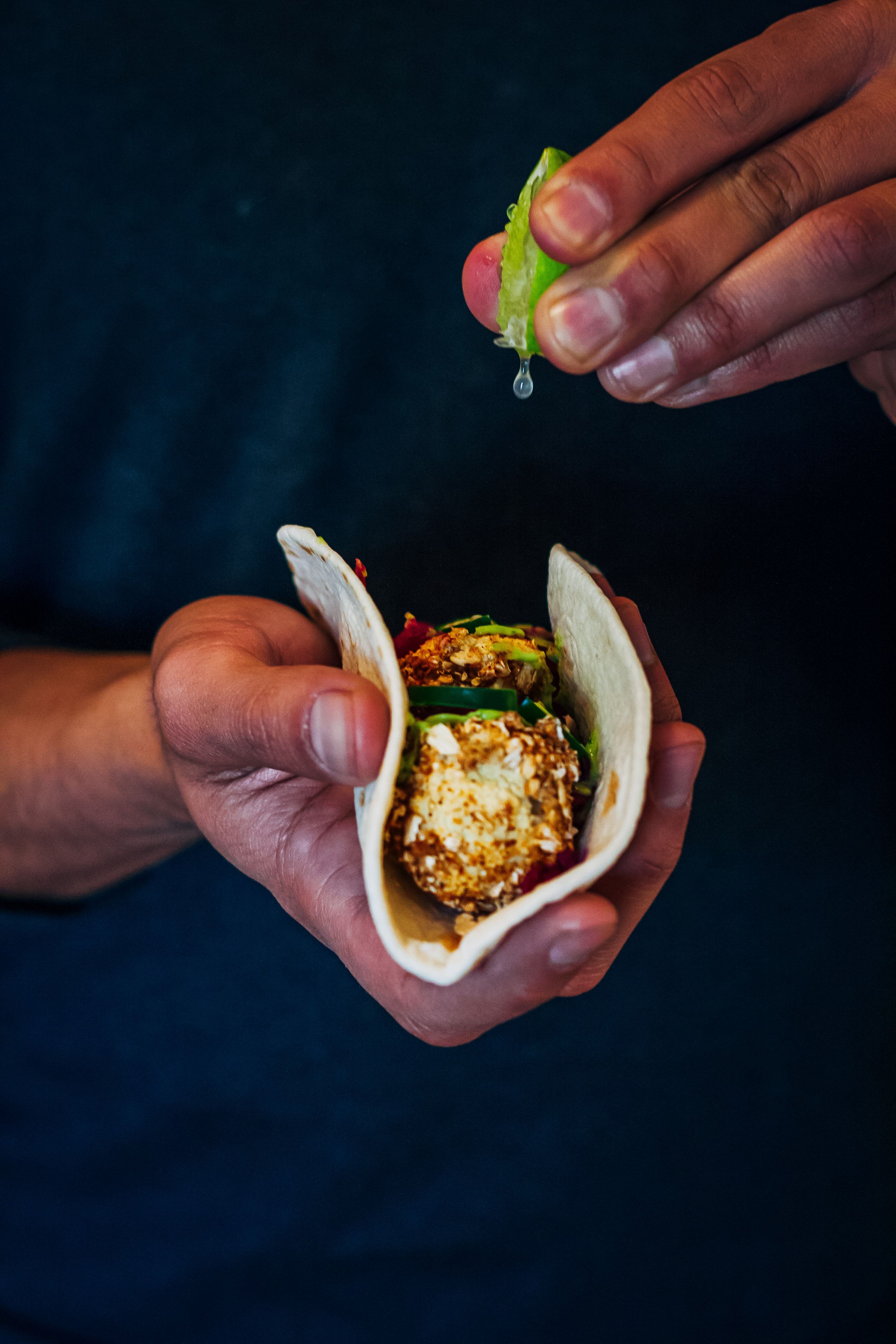 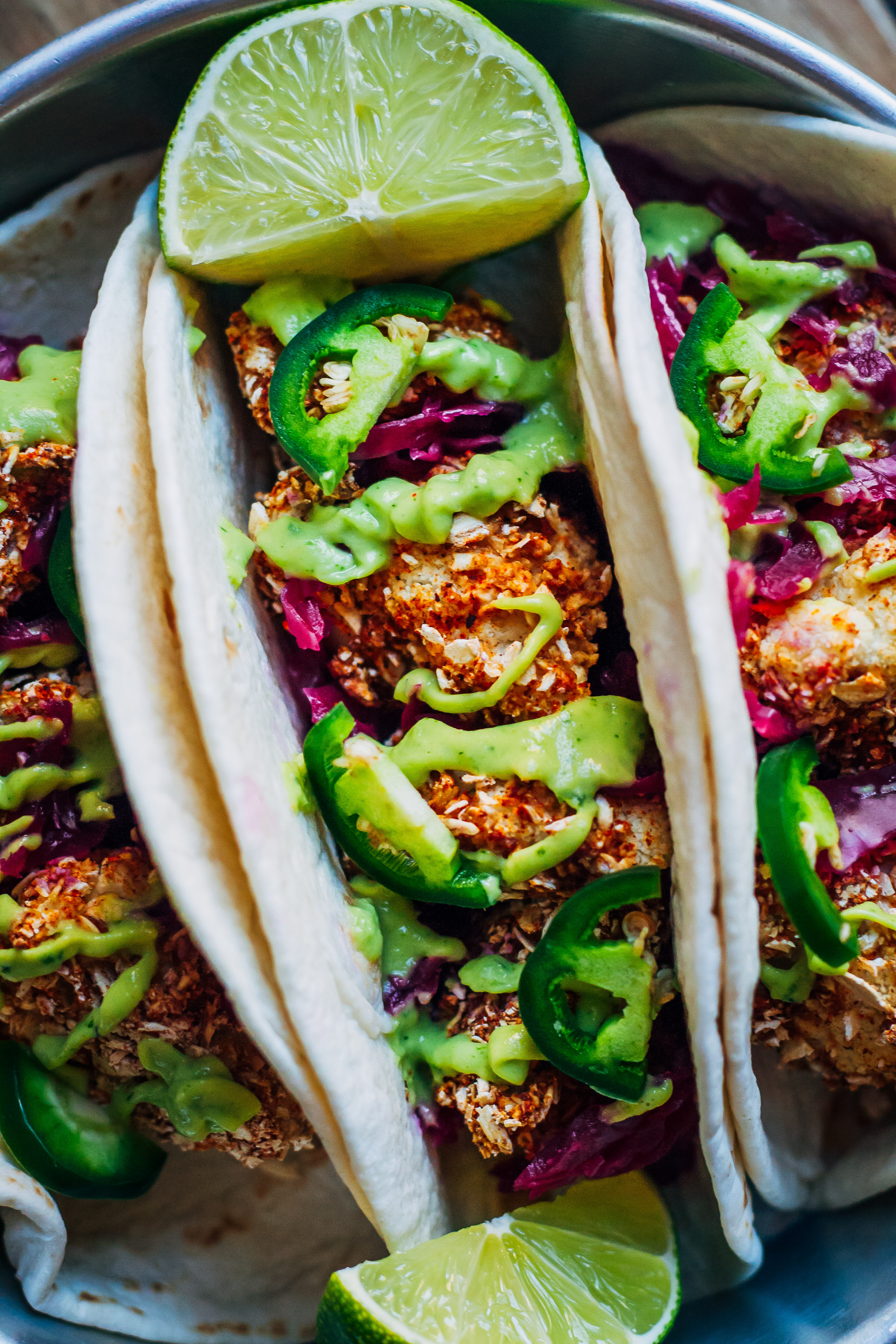 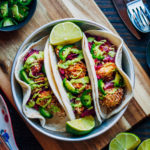 For the Crispy Cauliflower

For the Tangy Slaw

For the Avocado Crema

I served my tacos with fresh limes and jalapeños for extra spice! 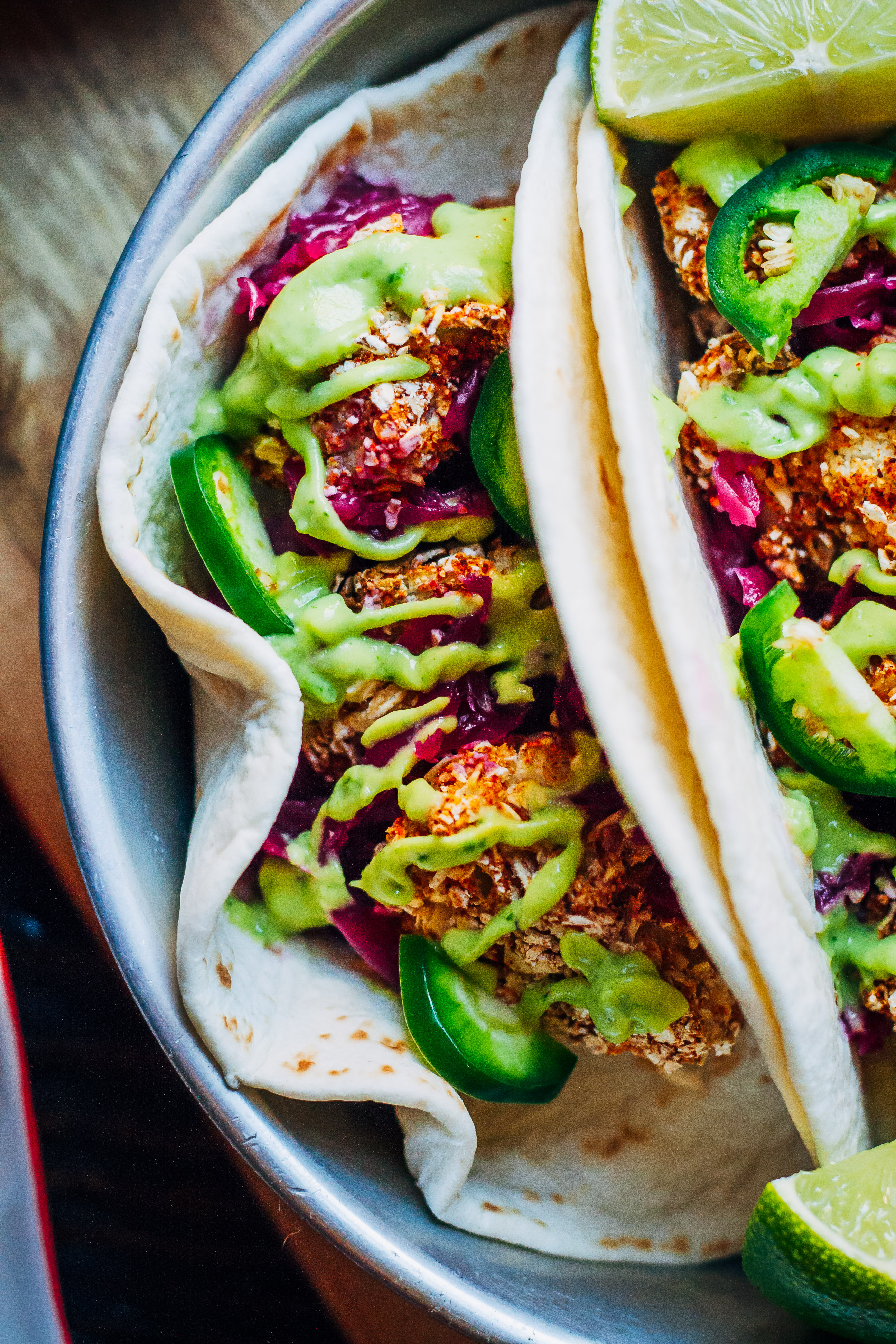 One winner will receive a copy of The Blissful Basil Cookbook! To enter, leave a comment below about your thoughts on mental illness – whether you’ve struggled with one, what you think about fighting stigma, how you’ve supported someone with a mental illness, etc. Alternatively, describe how you #HonorYourBliss – that is to say, how you incorporate bliss and happiness into your life! I’ll pick a winner this Sunday, January 15th.