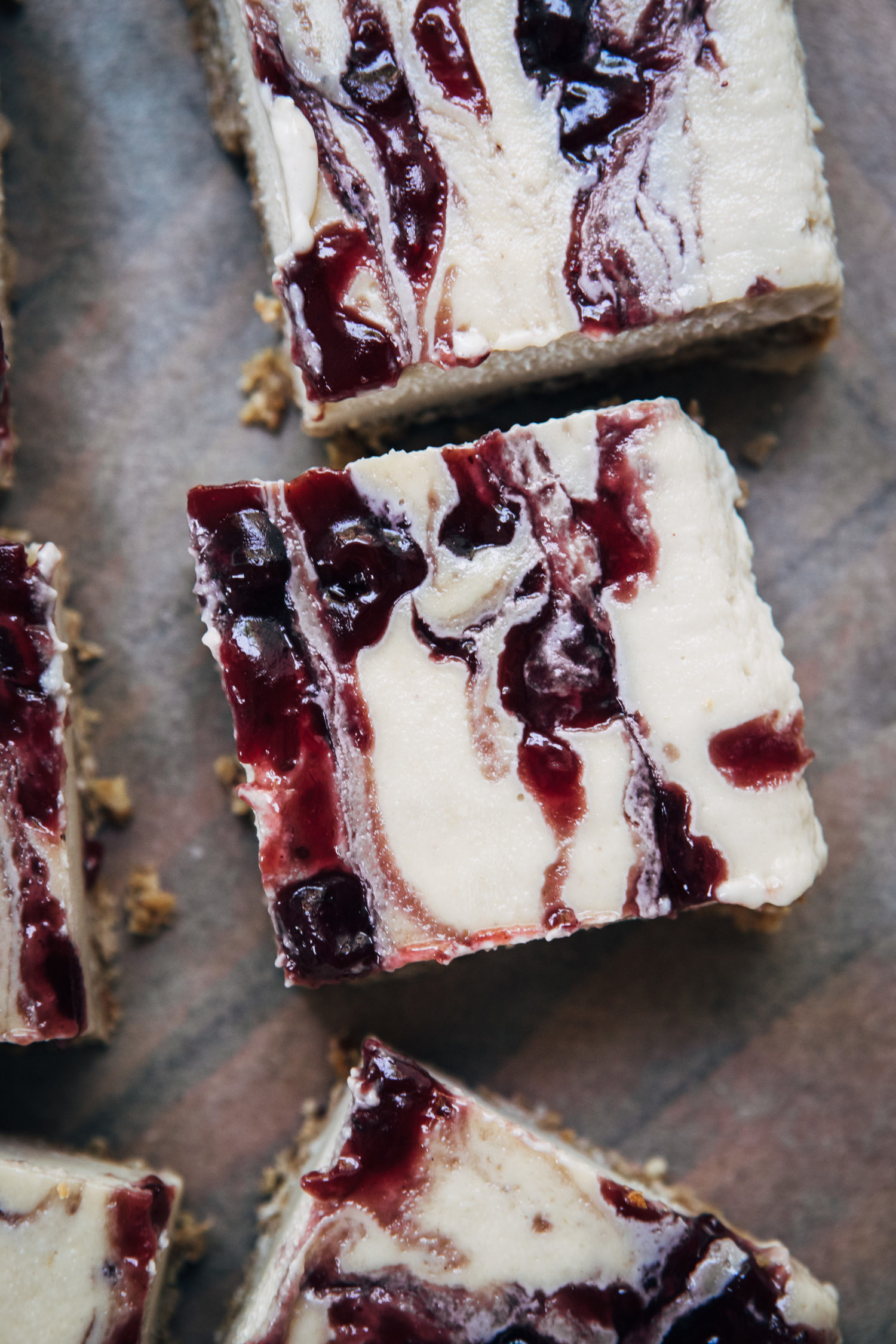 These Vegan Granola Cheesecake Bars couldn’t be easier to make, with a date + granola crust and cheesecake filling. Plus, they’re gluten free!

This recipe was created in collaboration with Bob’s Red Mill, a brand that I trust and use in my own kitchen. All opinions are my own, and I hope you love these Vegan Granola Cheesecake Barsl!

First things first. If you’ve been following along on my Instagram page, you’ll know that I’ve been having a difficult time with my health lately. I first blogged about some stomach pains I was having almost two years ago, and I am finally getting (what I hope will be) some more conclusive testing next week, after a possible misdiagnosis all the way back in 2016.

It’s no secret that I’ve struggled with some out of the ordinary health issues. Last year I was diagnosed with a rare bone disease and had to get surgery on my face, which took up a significant amount of my mental and physical energy. I had to drive back and forth to a hospital over an hour away from me to see the doctor that finally gave me the correct diagnosis, after 7 months of searching for answers. Interestingly enough, my sister has the same disease and is getting surgery next month, almost a year after I had mine.

While I was dealing with this medical concern, I didn’t have the energy to simultaneously figure out what was wrong with my stomach. I’ve always had digestive problems, so I adopted a “grin and bear it” attitude, even though I was dealing with significant pain in my stomach. But now that I’m in a healthier mental state, I’m ready to figure out what’s wrong. My gastroenterologist told me that I may have gotten a false negative on a test for Celiac disease back in 2016, and I’m getting a diagnostic procedure next week to find out if I have Celiac, IBD, or an ulcer.

I had never thought to stop eating gluten because I had thought for sure that I didn’t have Celiac, or was even gluten sensitive. But now that my eyes have been opened to this possibility, I have noticed that my bloating and pain is worst when I eat gluten. So whether or not I receive the diagnosis of Celiac after my testing, I do plan to either cut out gluten from my diet or at least significantly reduce my intake.

Which is why I’m thanking my lucky stars that one of my brand partners is Bob’s Red Mill, which has a HUGE selection of gluten-free grains, baking flours, and granolas. The Maple Sea Salt granola I used for this recipe is vegan, gluten-free, and amazingly delicious. I am so excited to start exploring the world of gluten-free cooking and baking, and to try more of Bob’s gluten-free flours! Thank you Bob’s, ILYSM (seriously!!!)! 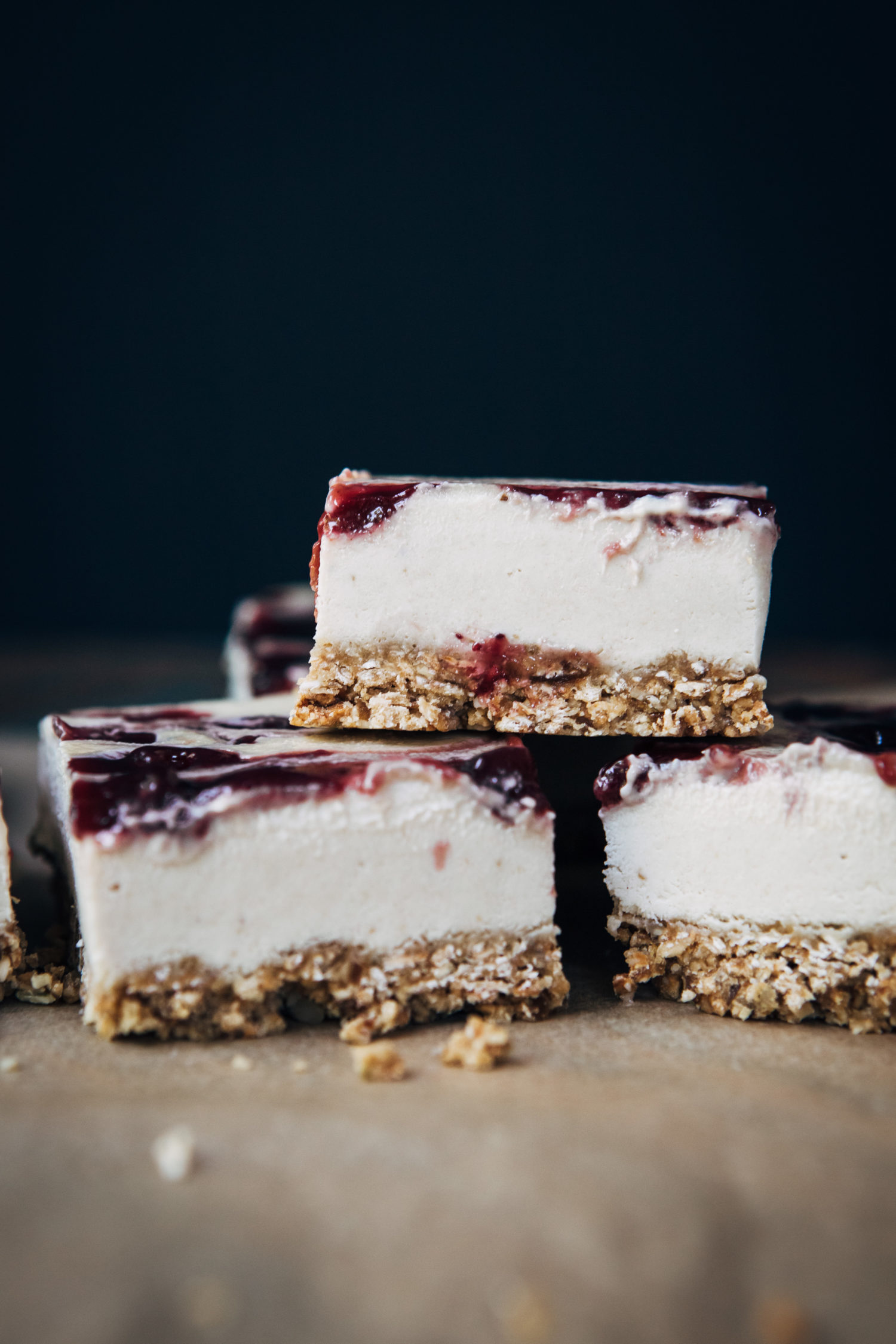 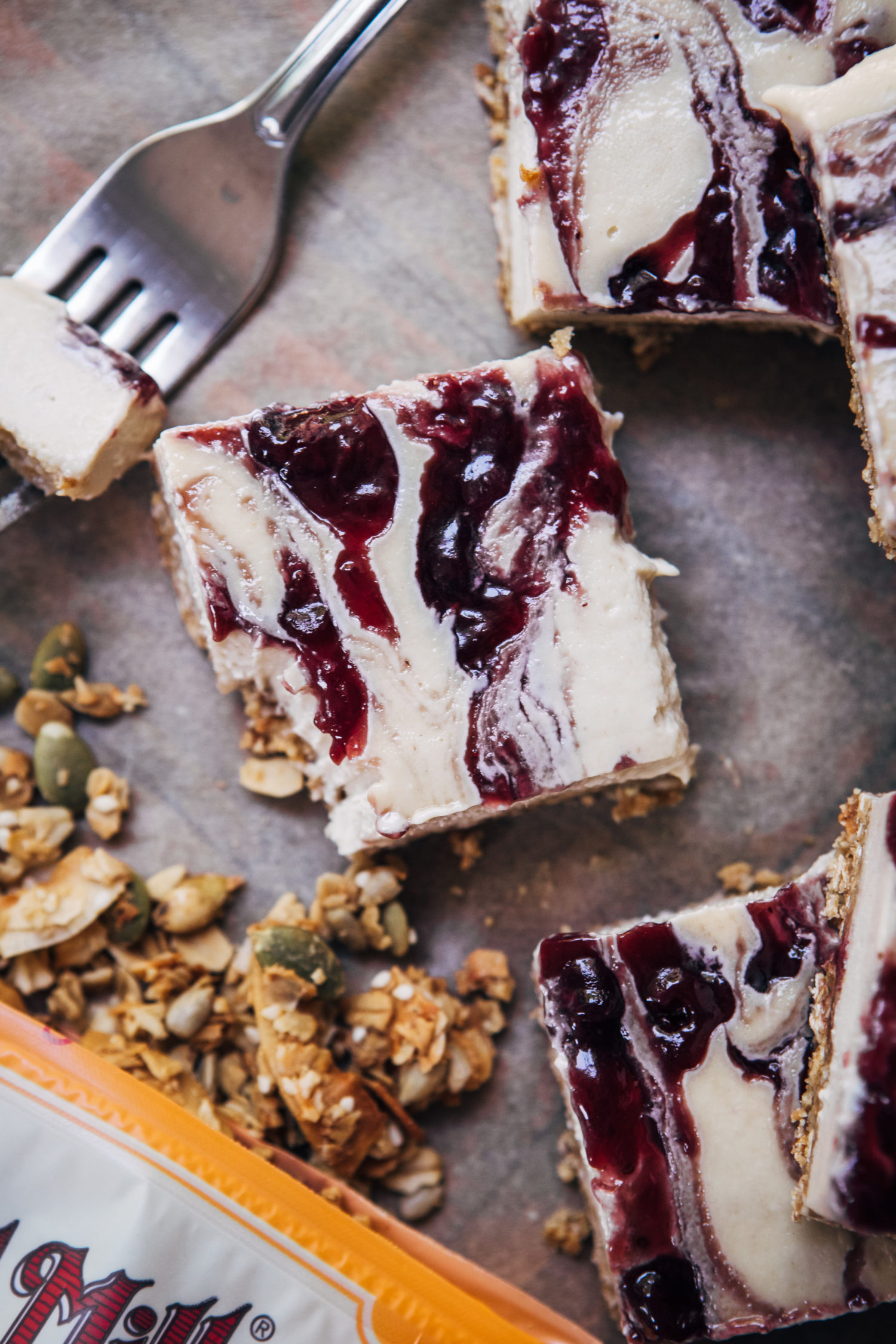 These Vegan Granola Cheesecake Bars couldn't be easier to make, with a date + granola crust and cheesecake filling. Plus, they're gluten free!

These bars will keep in the freezer for about 1-2 weeks. 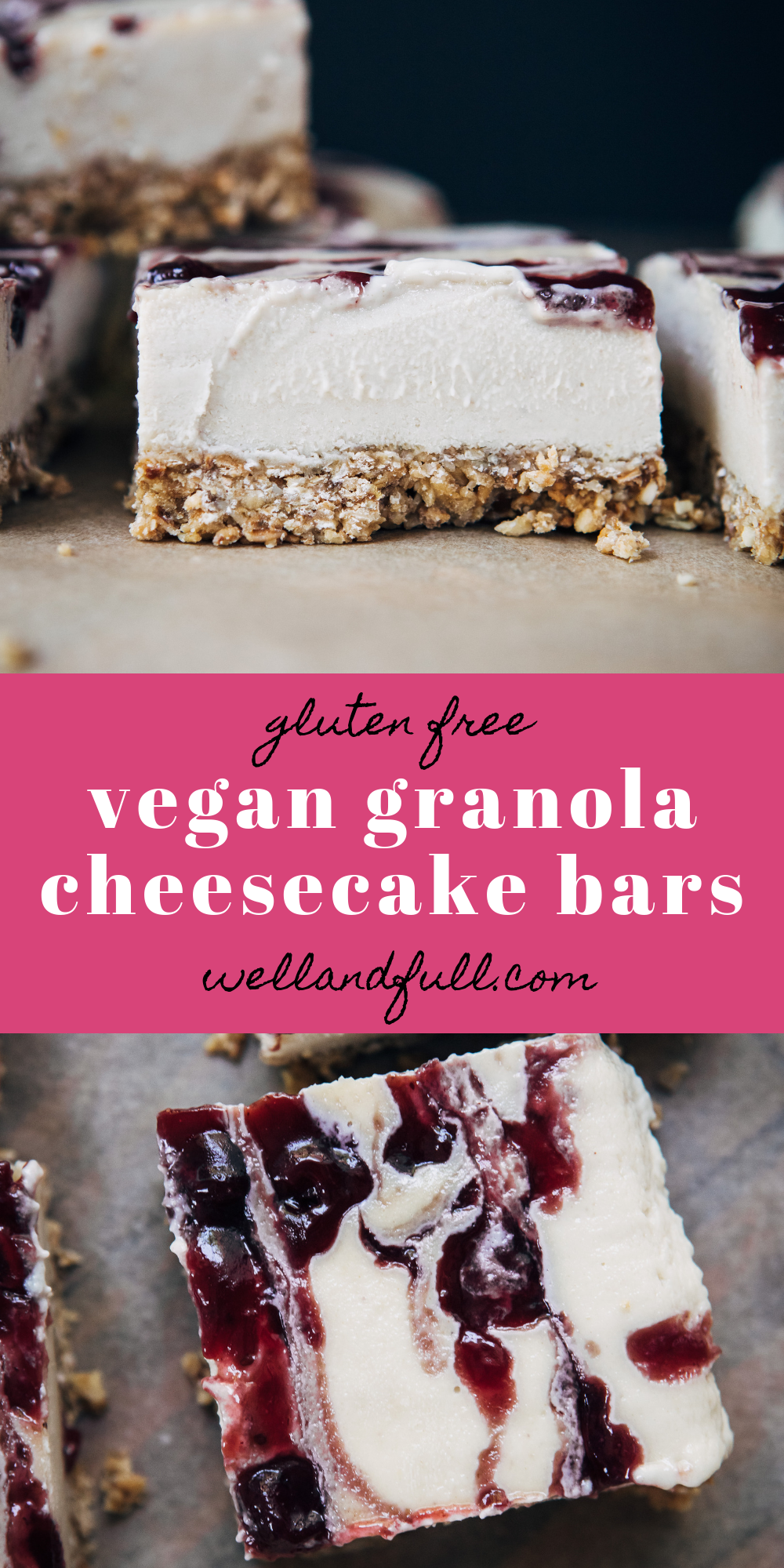