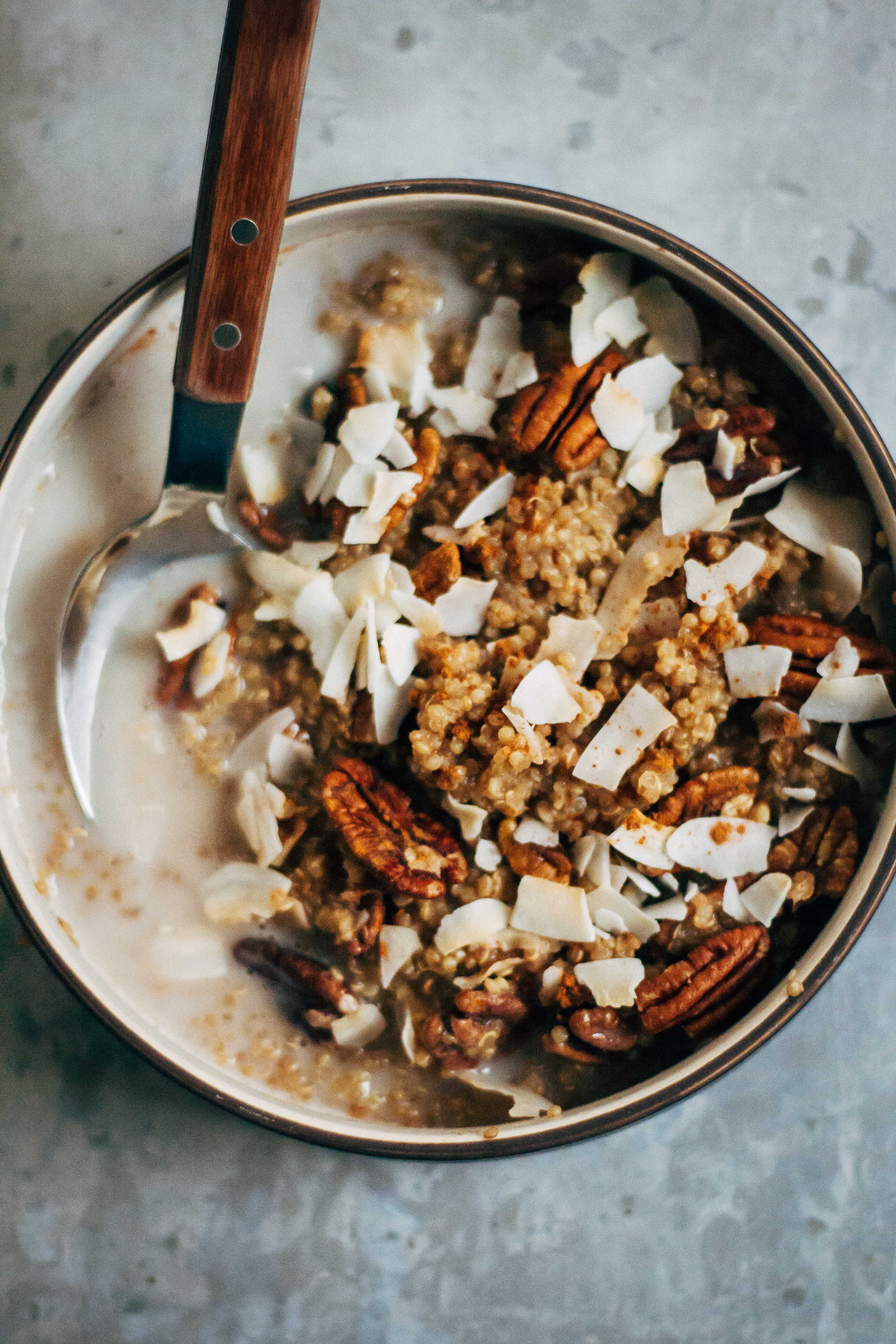 Being a food blogger is so cool. Seriously, it’s probably one of the best things ever. Food is something that’s so universal; anyone can connect over a shared love of a certain dish or recipe. And as a food blogger, when someone likes your recipes, it is the BEST FEELING EVER.

So the other day, I got a message on my facebook page from a reader, who is a diabetic and a vegetarian trying to go 100% vegan. She wrote that she was having a hard time finding breakfast recipes that were high in protein, but still low-glycemic AND vegan. I couldn’t think of any recipes off the top of my head, but I knew that I really wanted to create something amazing for this reader.

I immediately went on a google rampage to research ingredients (one of my favorite side hobbies) and started to formulate ideas in my head. One of my first thoughts was quinoa – something that is lumped in to the “whole grains” category (thank you, marketing) but is actually the seed of the chenopodium quinoa plant. Quinoa is a very interesting little pseudocereal because it contains all nine essential amino acids that our bodies can’t synthesize themselves. In addition, it has a very low glycemic load of 18, meaning that it won’t cause a significant spike in blood sugar. Score!!

In this recipe, the quinoa is cooked in unsweetened almond milk steeped with chai tea (yum!), then topped with pecans and coconut for protein and a little cinnamon for flavor. The quinoa can be served with more warmed almond milk, or even this homemade pecan + walnut milk! It’s low-glycemic, nutritious, and a pretty darn delicious breakfast if I do say so myself.

To all of my readers – I hope you enjoy this recipe! 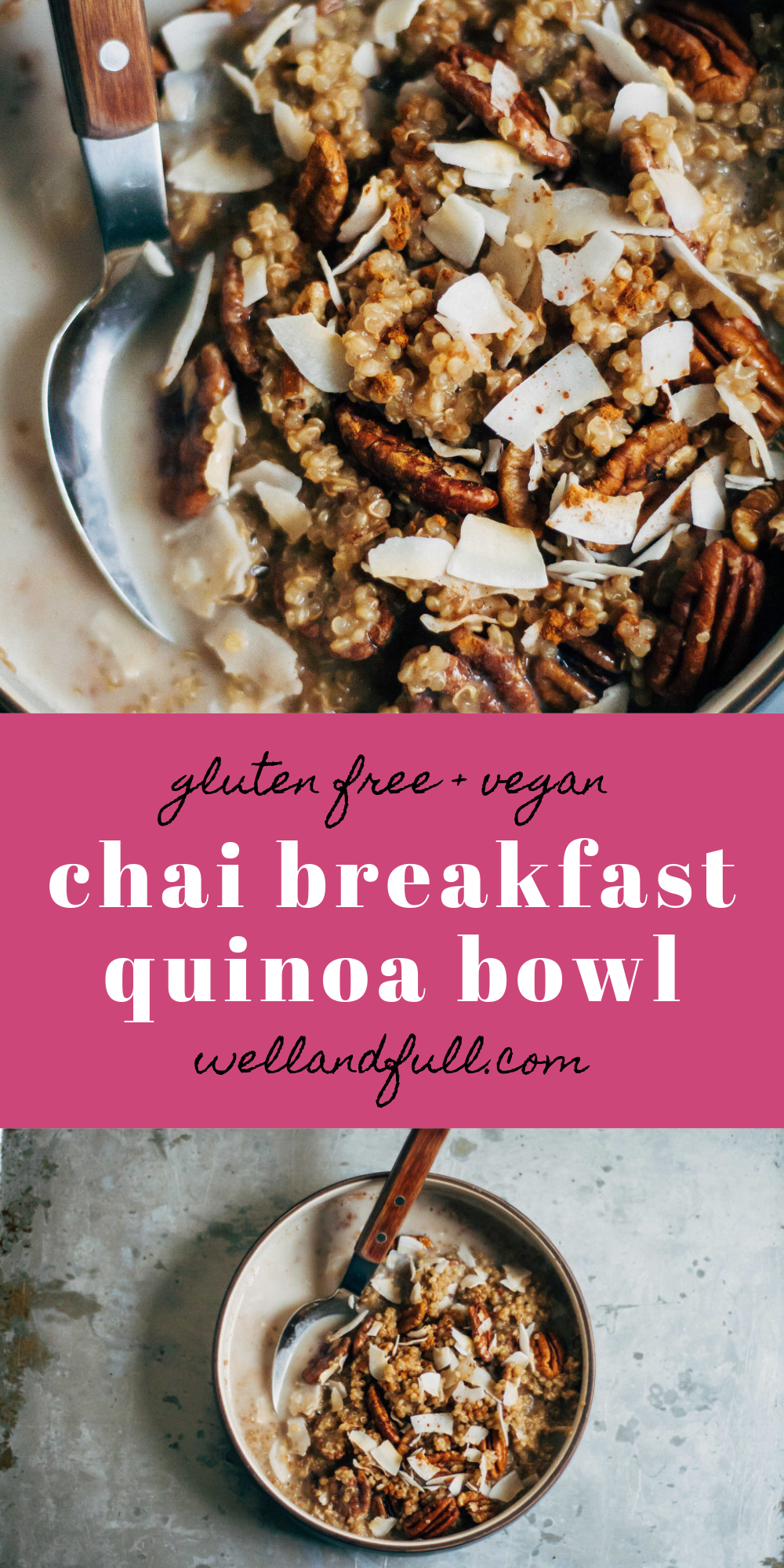 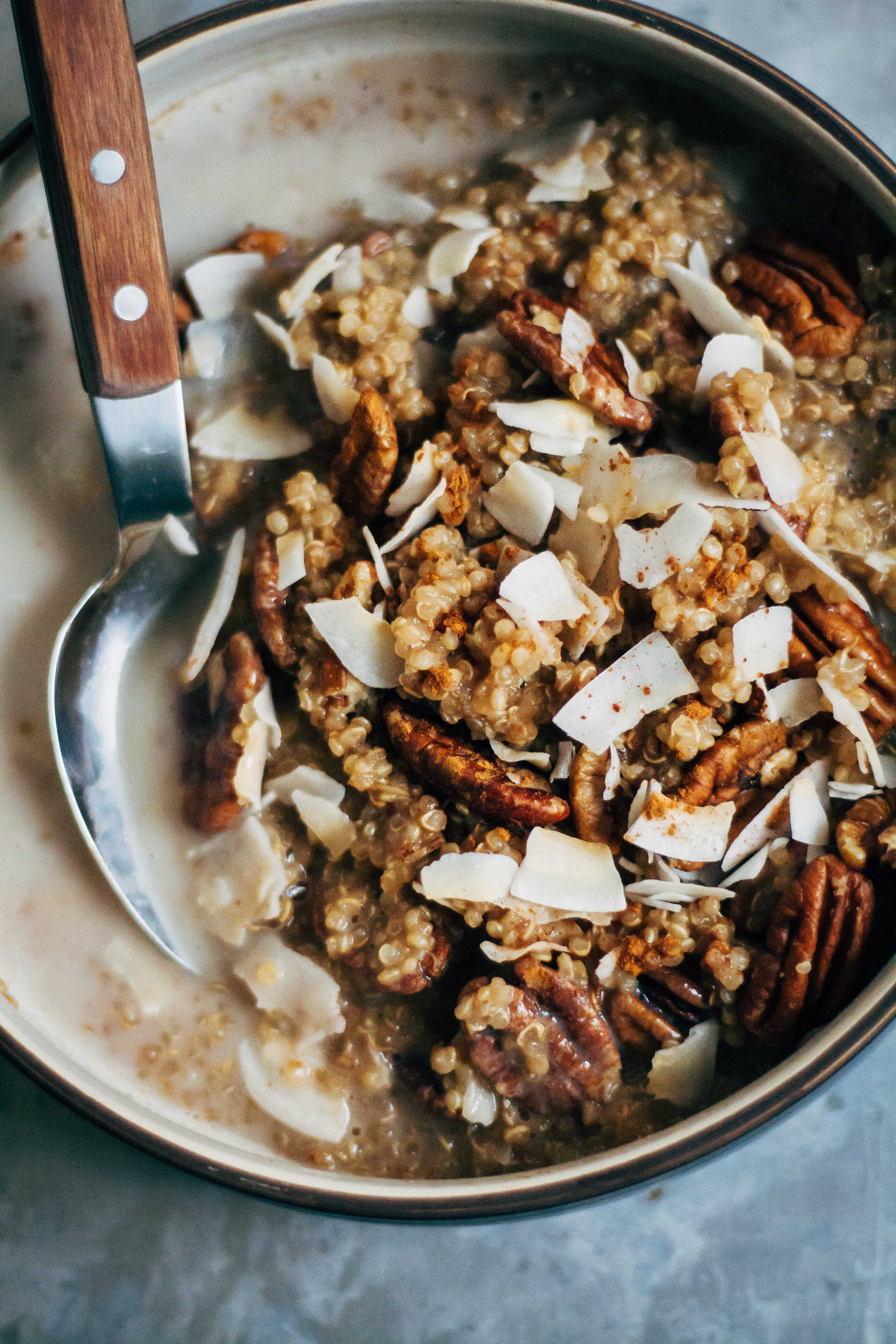