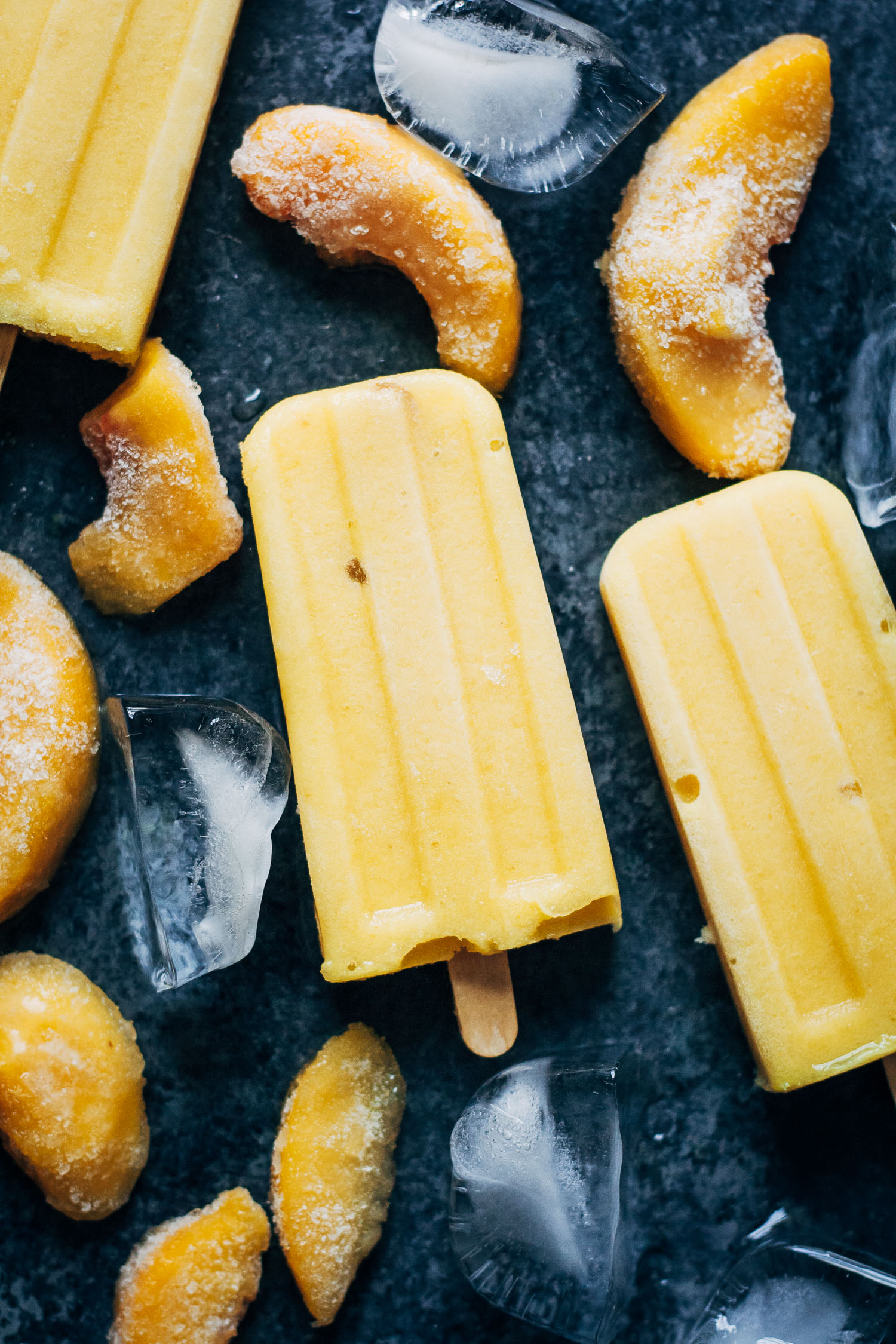 Hello there! I know, finally a new post! It feels like it’s been a long while since I’ve been here. I’ll tell you why in a minute. But first, I want to talk about this recipe that I made for POPSICLE WEEK!!

Popsicle Week is a virtual festival hosted by Bill of Wit and Vinegar that celebrates all things frosty, delicious, and on a stick. Back in 2016 I made Honeydew Green Tea Popsicles, and this year I decided to stick with the fruity route to make these Vegan Sunshine Popsicles. If you could take a ray of sunshine and freeze it, this popsicle would be a result. Plus, they’re pretty darn healthy too. Score!

Also, I wanted to provide a life update that expands on my previous post on Instagram. If you’ve been following this blog for a while, you’ll know that I had a really rough time of it after college. A bad job, really bad mental health issues, a major breakup, bad family situations, and 8 different moves in 3 years. But I moved in with my incredibly supportive and amazing boyfriend Jon last year, and I really felt like things were looking up. But last November, I started noticing an issue with my body that was seriously troubling me. I went to six different doctors in various fields trying to pinpoint the problem, with every doctor telling me that the problem was a self-confidence issue, not a medical one.

After 8 months of being told this issue was in my head, it finally took a trip to Yale medical to figure it out. I was diagnosed with a rare bone disease and told I would need surgery to correct the problem. Later on this week I will be going back to Yale for a series of medical tests to determine the specific course of treatment.

So, that’s what’s going on in my life. I’m trying to stay positive, and I’ll be sure to post updates when I have them. In fact, I’m going to wrap up this post because I’m going to the lake for a swim + picnic with my boyfriend :) Hugs, everyone! 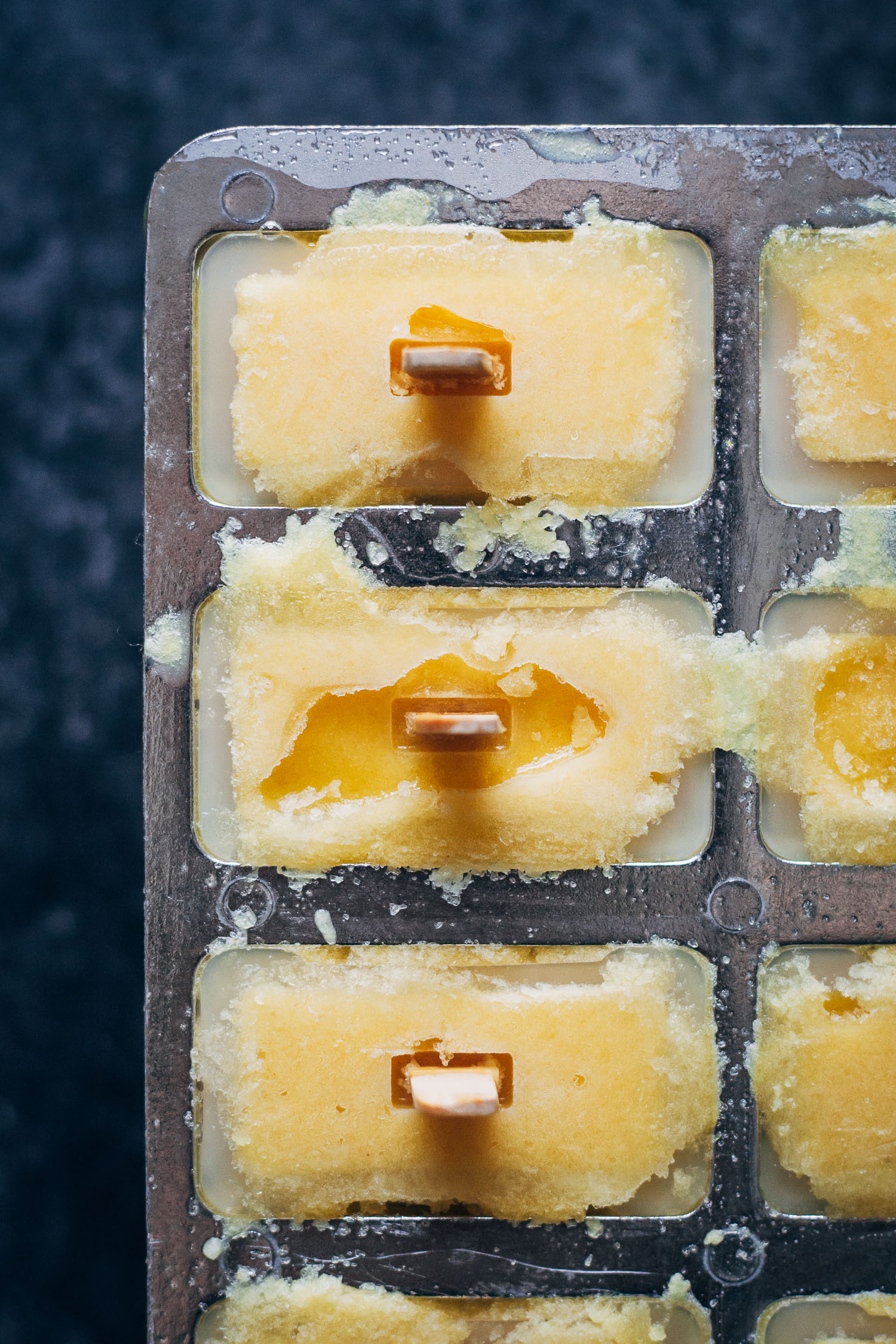 These vegan sunshine popsicles and bright, tangy, and perfect for summer! Like a frozen slice of sunshine!

I made these popsicles with this mold (affiliate link) and the recipe just makes enough for 10 popsicles. However, you can use whatever popsicle molds you have on hand, just note that the mixture may be too little / too much. If you don't have popsicle molds at all, this recipe is killer as a smoothie :) 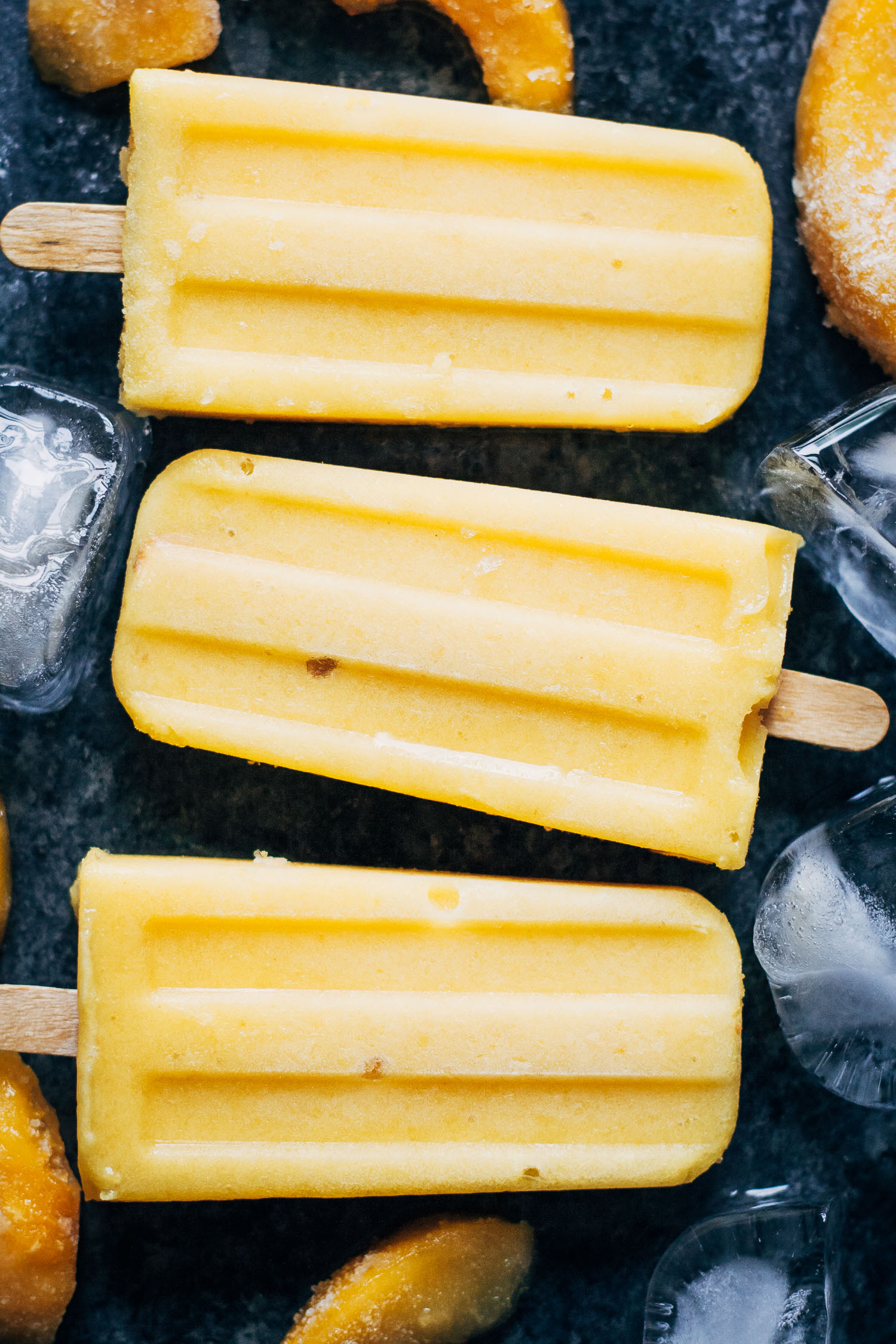